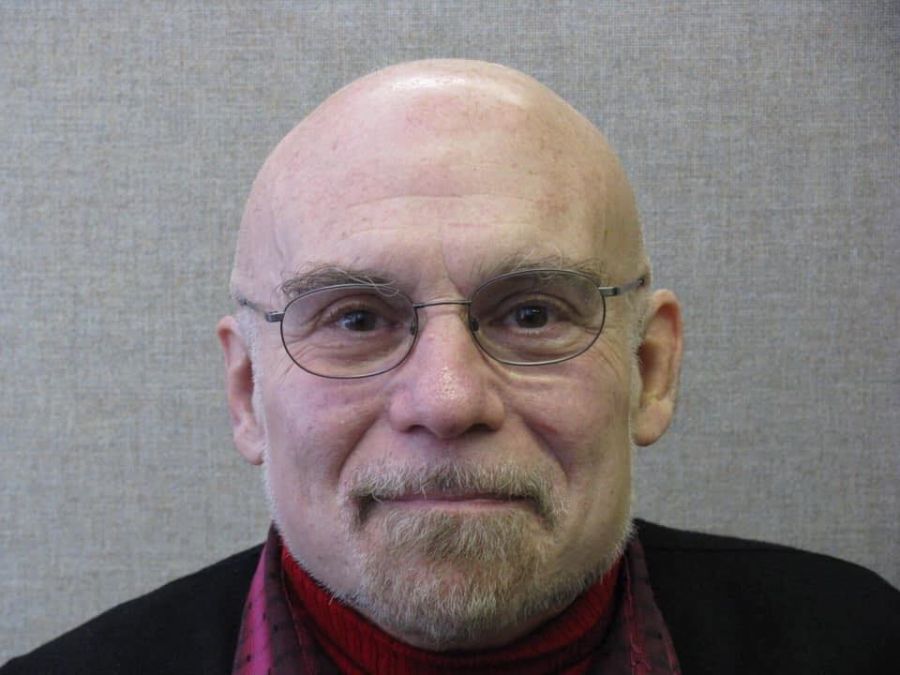 Jeffrey Golden, 76, passed from this life 30 September 2019 on the first day of Rosh Hashanah, due to complications of septicemia. He was born 5 November 1942 in Brooklyn, Kings County, New York, a second generation American. His grandparents emigrated to this country at the end of the nineteenth and beginning of the twentieth centuries from eastern Europe and Russia at a time when this country opened its arms to refugees. As a child he heard Yiddish in his home; Yiddish expressions peppered his everyday speech. His Hebrew name was Yitzhak Yosef. From the time of his Bar Mitzvah until he became a parent, he was a "cultural" Jew. However, as a new father, he found a community in Congregation Shaarei Shamayim, and Gates of Heaven Services during the High Holy Days.

Words were the coin of his realm. He wrote poetry in two languages: English and Spanish. On formal assessments he was rated as a well educated native Spanish speaker. He used his language facility in the Peace Corp in Columbia 1965-1966. He was a United Nations certified translator for the University of Wisconsin Chancellor's office. Throughout his career, he produced Spanish language videos, translated, narrated, wrote editorials in Spanish newspapers, such as "La Comunidad News," and provided Spanish language outreach services for the Dane County Health Department for Spanish-speaking residents. Recently he was translating into English a novel by an Argentinian author. His final, and perhaps favorite contribution was in his retirement when he served as a volunteer medical translator at Dane County's only free health clinic providing specialty medical care, the Benevolent Specialty Clinic in Madison. He believed he was paying back in his community for a life well lived here.

Jeffrey attended the University of Wisconsin-Madison for both his undergraduate and graduate education. He was admitted as a senior-graduate student to the Speech Department. He re-started his graduate work in theatre and ended in radio, television and film. During his graduate years he worked at the Instructional Research Laboratory, the Laboratory for International Research in Education, the Space Science and Engineering EDSAT project, and the Multimedia Instructional Laboratory.

He continued his career in communications at the Waisman Center, Ohio Medical Products, Edgewood College, Madison College, the Dane County Health Department and his own business, Golden Communications. His work was acknowledged and awarded by the John Muir Medical Film Festival, the National Educational Film and Video Festival, the International Film and Television Festival of New York, the Cine Awards of 1980, 1983 and 1993, the Festival of the Americas, Telly Awards in 1992 and 1993, and the Industrial Film Festival Award for Creative Excellence.

Jeffrey was an actor. He had a following with audiences from the Wisconsin Players producing in the Wisconsin UnionTheater, the Theatre Guild, Madison Savoyards, and the Madison Repertory Theater. He loved Harold Pinter, Edward Albee, and William Shakespeare. He played title roles Falstaff and Macbeth; He was George in "Who's of Virginia Woolf," and Tevya in "Fiddler on the Roof." He once produced a play, once directed a play, and also once invested in a Broadway play, "Bleacher Bums" by the Organic Theater. He was one of two actors in the dinner/theater production of "Sleuth" at the Wilson St. East Playhouse. His last public theater performance was in 1994, just after his children had become toddlers and were beckoning him home. He served on the Dane County Cultural Affairs Commission from 1995 through 1998. Informally, he was an engaging storyteller and loved nothing better than a lively, intellectual conversation.

While he has had sporadic contact with Wisconsin Public Radio, his most enduring, public work was as the voice for Wisconsin Public Television. Among his friends and family, his distinctive sonorous voice earned him the moniker "Mr. Golden Tones."

His crowning vocation was being a father. From the moment he first held his son and daughter in his arms until the last day of his life, his children were his utmost concern. Likewise, they were attached to him, idolized him, and in adulthood counted him as a friend. He took his children camping, and cheered them on in athletics, two activities that had never been part of his own childhood. He traveled to South America several times with his son to seek, then visit his son's birth family. They cooked together. Jeff built a house with an apartment, where his son lived. With his daughter, he enjoyed brunch and dinners out, movies, and shared theater as a joint passion.

Jeff was hospitalized mostly at St. Mary's Hospital for over six weeks following a catastrophic episode of sepsis. His was a day to day struggle for his life. His family was at his side as he overcame one health obstacle after another. His will to live, his humor, his drive to communicate even though he could not speak were courageous, inspirational, and loving.

He is survived by his son and daughter, Carlos and Melinda, his brother Ken (Jeannette), nieces Johanna (Becky Brem), Ellie (Sone Inthachith), and Leslie Golden all of Madison; cousins Linda Kaplan and Steve Kessler; his former wife Roz Simon of Sauk City, his former wife of 28 years Kathryn Bush of Madison, and special friend Jofannie Karla of Lake Havasu City, Arizona. He was preceded in death by his parents Lillian Kessler and Alfred Golden, his aunt Harriet Golden, uncle Barney Kessler, and grandparents Laike Neshkes, Charles Golden (aka Girivitsky), Millie Kelman (aka Shepshowitz), and Harry Kessler.

Jeffrey's family would like to express their deep gratitude to the support and medical professionals and specialists at SSM Health St. Mary's Hospital, especially the emergency room, both intensive care units, the eighth floor respiratory unit, the pastoral care and palliative care teams.

Details of a Celebration of Life event will be available in the near future on CaringBridge.org/visit/jeffreygolden under his Journal section.
Memorials may be made in Jeffrey Golden's name to the Benevolent Specialists Project - Free Specialty Clinic, 2711 Allen Blvd., Suite B4, Middleton WI 53562. Memorial donations may also be made to Wisconsin Public Television and Wisconsin Public Radio.

"I'm sorry to be responding so late. I just learned of Jeff's death. I have known Jeff since we were good friends in high school, and then continued on to Wisconsin. We lost touch for years, but were delighted to meet again at our 53rd (!) high school reunion. It was a great pleasure to see him again when I visited Madison this past June, just before he got sick. He was always a real mensch! I'm sure you all miss him terribly. "

"So sad to hear about Jeffrey's passing. I'm thinking of you, Melinda, Carlos and Kathryn--you all are in my prayers! There's far too many memories to share, but my favorite will always be the love he had for all of you. "

"I will miss Jeff sitting next to me interpreting in the BSP Free Clinic."

"I volunteered with Jeff st the BSP clinic. The man I knew was generous with his time and talents. His Spanish language.skills helped many patients to understand their care and treatment. His attitude towards people was always kind and respectful, looking for ways to connect person to person. He was an example to us all that , at any age, we all have talents to share to improve our world. "

"Jeff was a man of extraordinary warmth, sensitivity,intelligence and humor. We became close while working together with RESULTS, a non-profit lobbying group dedicated to creating the political will to end the worst aspects of hunger and poverty in the US and abroad. I'll never forget his deep soulful laugh or his vast range of knowledge on a variety of subjects. I'll especially cherish his gentle and kind manner which defined his very being. My deepest condolences to Melinda and Carlos, and to Kathryn Bush, who I also knew and loved"

"Jeff was a beloved member of the Latino Health Council. He was always at every meeting even after retirement and always present to help us at our events. We miss him dearly. Descansa en paz amigo. Shiva Bidar "

"When I turned 21 Jeffrey gave me an album by Maria Muldaur. On it he wrote: "It's all up hill from here, just make sure it's your hill." Not only did I love the album but I especially love what he wrote. Throughout these many years I have often thought about what he wrote and at times have asked myself..."Is this my hill". Thank you Jeffery for your amazing friendship...knowing you was a joy. "

"My condolences to the family. I deeply missed him at Shaarei Shamayim High Holiday services this year. "