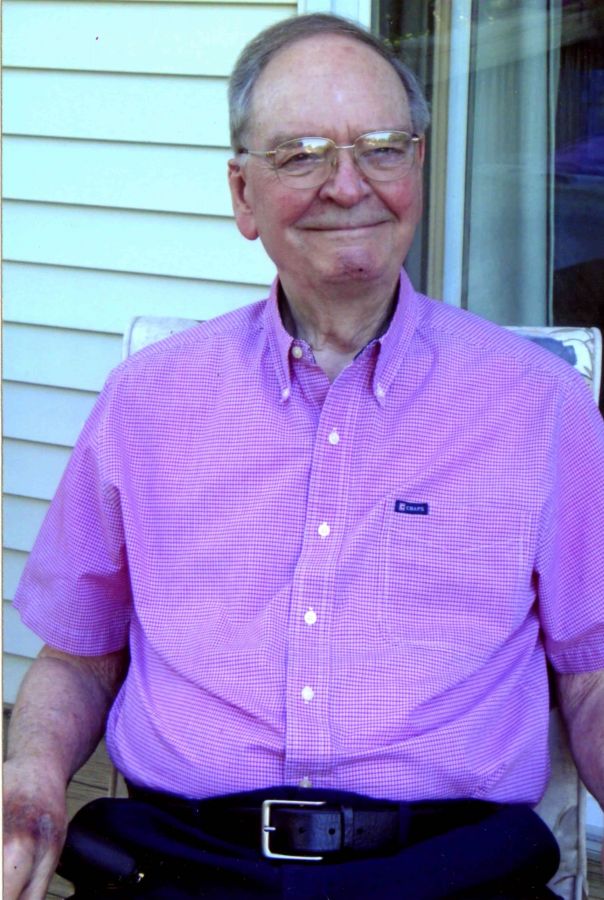 Madison: Warren A. Sproule, age 92, passed away peacefully surrounded by loved ones Thursday, October 3, 2019 at Agrace HospiceCare in Fitchburg. He was born February 4, 1927 the son of Rev. W.H. and Amy Sproule in Baraboo, WI. His early years were not easy on a young boy. Warren contracted and survived polio at age 4, and his father passed away when he was only 10 years old. But his father lived on in Warren through his life. Like his father, Warren was a charismatic outgoing kind man, and had the gift of being able to talk with anyone.

Warren graduated from East High School, and then went on to serve his country in the Merchant Marines during WWII. Upon his return, he met the love of his life Jean M. Kelm on a double date, and they were married November 5, 1949 in Madison. Warren owned and managed a Pure Oil Gas Station for 13 years, and later became a Sales Rep for Union Oil Company where he was employed for 22 years until his retirement. Retirement was short lived, and he spent the first 15 years of retirement working for Madison Taxi. You might say he was an ambassador for Madison striking up conversations with his riders as he drove hundreds of people thru the streets of Madison. Warren did eventually retire at the age of 75. Warren was a man of faith, a loving husband, the best father any son or daughter could ever have, and a true and loyal friend.

Warren is survived by his wife of 70 years, Jean, sons; Gary (Cathy), and Randy, daughters; Susan (Michael) Finn and Sharon (Jeff) Potrykus, 4 grandchildren, and 10 great grandchildren, a sister, Betty Guenther, and sister in law Carol Sproule. He was preceded in death by his parents, Rev. W.H. and Amy Sproule, and brothers; Paul and Gordon Sproule.

Memorials may be made in Warren's name to Asbury United Methodist Church, or the Madison South Rotary Foundation Polio Eradication Campaign.

"Warren was our friend many years ago when he was a rep of Union Oil Co and he called on us at Spring Green Union Oil Co. We always enjoyed having him visit and felt like we had known him forever.. Such a nice pleasant person. Darlene Alt Huffman "