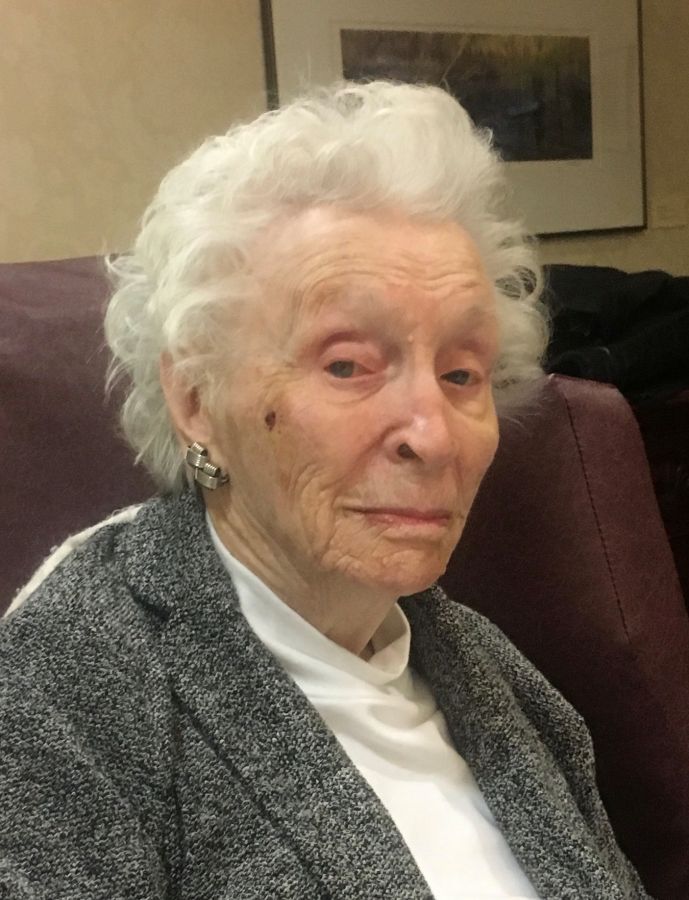 She graduated from Western High School in Baltimore in 1936. She met her husband, Howard H. Walsh, at the Catonsville Methodist Church where they were married in 1942. He died at age 94 in 2013 after 71 years of a wonderful and loving relationship.

Born and raised in Baltimore, Maryland, the daughter of the late Irvin and Ruth Spittel, she spent most of her life in Catonsville, Maryland. Prior to her marriage, she lived with her parents at historic Homewood, 717 Edmondson Avenue in Catonsville. From 1947 to 1980, she and Howard lived on Gary Drive in Catonsville. From 1980 to 2001 she returned with him to live at Homewood. In 2001 Jean and Howard moved to Heartlands Retirement Community in Howard County. Beginning in 2005 they lived in Cecil County with their son Richard and daughter-in-law Lauren before moving to Madison, Wisconsin in 2011.

Jean was the editor of The Catonsville Times from 1964 to 1974. She always remembered with great pride her coverage of the civil rights movement and the anti-Vietnam War protest of the "Catonsville Nine."

She extensively researched Catonsville history and presented over 200 lectures and slide shows on Catonsville history to local groups starting in 1953. In 1963 she helped organize a Catonsville Room in the local public library and was on the Board of Directors of the Friends of the Catonsville Library. In 1973 she was one of the organizers of the Catonsville Historical Society, was on its Board of Directors, and later served as its president. The Catonsville Business Association chose her as "Citizen of the Year" in 1977. She helped Baltimore County in forming the 142-acre Benjamin Banneker Historical Park and Museum in Catonsville. In 1993, she was the project director for the Catonsville Historical Society's professional filming of The Man Who Loved the Stars, the story of Benjamin Banneker, a free, self-taught 18th century African American astronomer, almanac author, surveyor, and farmer who lived near Catonsville. In 1997 the Towson chapter of the AAUW named her one of 40 Baltimore County Outstanding Women, 1930-1975.

For over 40 years she was a member of The Woman's Club of Catonsville, holding various offices and also working as a volunteer in the club's Village Shop.
Between 1977 and 1980, she constructed a scale model replica dollhouse of Homewood which dates to 1836. The 7-foot by 8-foot dollhouse was on display at the Catonsville Historical Society for many years and now resides once again at Homewood.

In their 50s, Jean and Howard became avid sailors. For three decades, they loved to sail on the Chesapeake Bay and nearby rivers. With family and friends, they also traveled extensively around the United States, as well as to Europe, South America and the Caribbean.

Jean had unconditional love for her family and will be remembered as an exceptional role model by her children, grandchildren and great-grandchildren.
In accordance with her wishes, no formal services will be held.