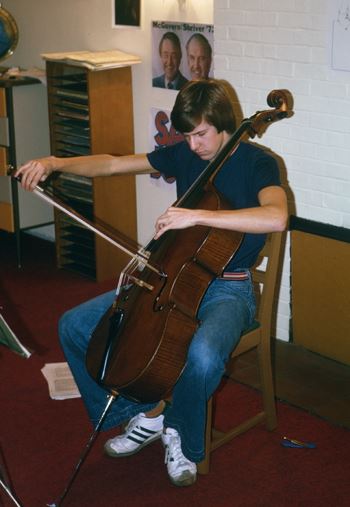 John Tangborn was born on February 15, 1957 in Minneapolis MN and died on October 13, 2019 in Renton WA after a brief battle with cancer. He graduated from Stadium High School in Tacoma where he excelled in music and athletics. As a gifted cellist, he was awarded a music scholarship to the University of Southern California. Though unable to complete his education because of illness, he continued to play and was offered a position in the Spokane Symphony, which he ultimately declined. His family especially remembers a recital John gave in his freshman year at the University of Puget Sound in 1975. The college newspaper reported: "The 'Concerto in A Minor' by Saint-Saens was performed beautifully on the cello by John Tangborn. His expression was magnificent." For much of his adult life, John faced difficulties associated with mental illness, striving against it with great strength of character. He is survived by his brothers Eric (Susan) and Andrew (Sara), his sister Inger (Ashir), and his parents Wendell and Patricia Tangborn. Eric was John's best friend and mainstay, keeping close with support, love, and assistance through the many years of John's illness. The family wishes to thank the staff at Emerald Forest Adult Family Home and Sound Senior Assistance and asks that any remembrances be made to NAMI, the National Alliance on Mental Health.