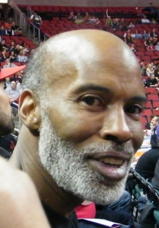 Burl C. Boxley, 59, of Brier, Washington, passed away, October 24th, 2019 peacefully at home after a short battle with metastatic lung cancer surrounded by his family.

Burl was the proud owner of King Tile and Masonry, a tile company which he liked to say that he treated his customers like royalty. He was a husband, father, son, grandfather, brother, uncle and coach. Burl will be forever remembered for his love of music and willingness to take the mic and lead any song. Always ready to take the grill, play cards, dominoes or a game of cribbage and trash talk to end. He was a Lakers fan and a fan of all sports. He was the family baby whisperer and we are saddened that the current and future babies will not have him to rock them to sleep.

There will be a private Memorial Service held at 6:30 to 9:30 PM on November 2nd, 2019 at the Rosehill Community Center in Mukilteo, Washington.

"The world is a better place for having enjoyed Burl's presence. While I am saddened by his passing, he lives with each of us whose lives he touched. Sincerest condolences from Joe and Dianna Linville"