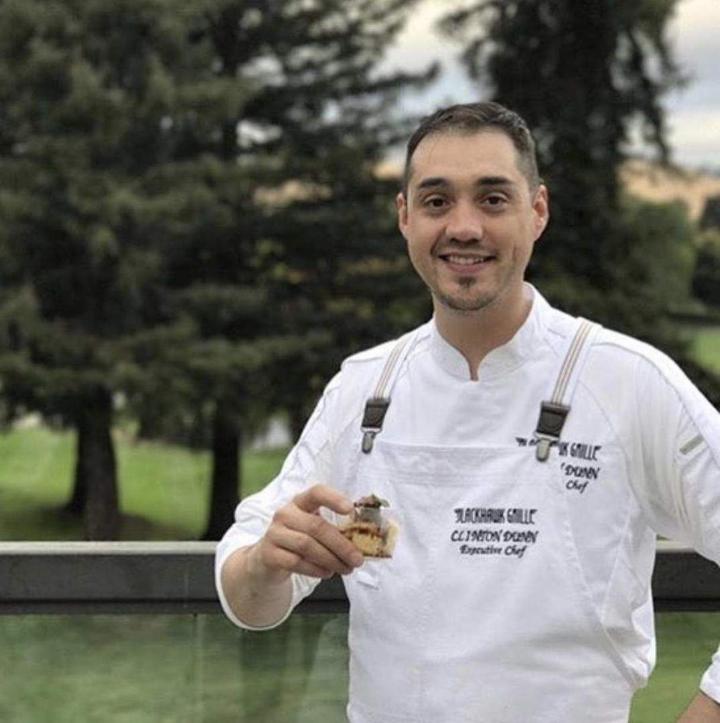 He was born November 20, 1984 in Englewood, Colorado, the son of Robert and Carmen L. Dunn. He was a 2003 graduate of Solon High School. Clint was a 2009 graduate of the Le Cordon Bleu College of Culinary Arts in Minneapolis and after graduating, landed an internship at Wolfgang Puck's Spago Restaurant in Beverly Hills and later established a position as a sous chef for banquets and a lead line cook. He always considered food as art and his love of food took him in many different directions. He was well known for gathering leftovers at the restaurant and delivering it to the homeless. In February of 2010, along with his church family at Silverlake Community Church, he was able to set up a food pantry in the Silverlake, California area which is still operating. Clint not only fed but was able to bond with many of the people he was in contact with. Clint loved fishing and cooking, but what was most important to him was his wife Tera and son Max. True to his generous and giving nature, Clint was an organ donor.

A Celebration of Life will be held at the Northridge Pavilion, 2250 Holiday Road, Coralville, on Thursday, November 7 from 4:00 to 7:00 PM. Please come and share your stories and memories of Clint.

A Memorial Service will be held at Grace Community Church, 2707 Dubuque Street NE, North Liberty, on Saturday, November 9 at 11:00 AM. Pastor Brooks Simpson and Mr. Tom Widmer will officiate. Lunch will follow the service. A memorial has been established for his son Max's education and checks may be made to Robert Dunn.

"Bob and Carmen -- I am so sorry to hear about the death of your son. My sincere sympathy to you both as you go through this loss. Kathy Staskal"