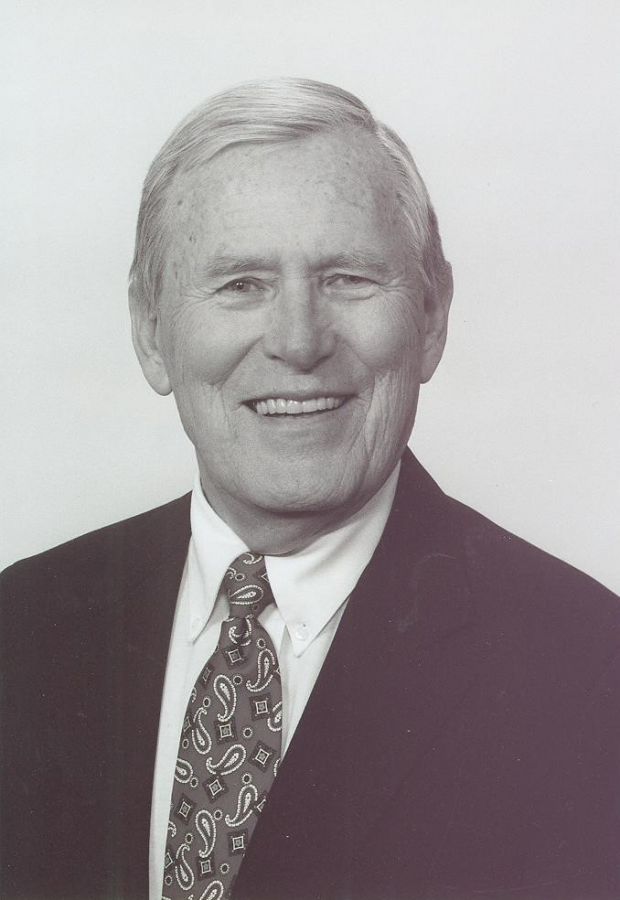 Memorials: In lieu of flowers, the family suggests memorials to On With Life

Bill was born on June 30, 1927 in Kansas City, Kansas, one of two children of William Warren and Mary "Mamie" (Bickerman) Campbell. He graduated from Roosevelt High School in Des Moines, Iowa. Bill served in the United States Army from 1944 to 1946 and was honorably discharged. His medical career began unexpectedly when the Army singled him out as a candidate for a special training program. They sent him to the University of Nebraska and later to the University of Michigan. The program halted long before he completed his medical degree, but the training served as the foundation for his career as a psychologist and administrator. Bill received his bachelor's degree in psychology and a master's degree in business administration from the University of Iowa, a masters' degree and Ph.D. in psychology from the University of Nebraska, and a master's degree in health and administration from the Brooke Army Medical Center at Baylor University. Bill worked 50 + years for the State of Iowa with 35 of those years spent as superintendent of the Glenwood Resource Center (formerly known as the Glenwood State Hospital-School). He was instrumental in the construction of 37 residential living units for the clients who had been living in dormitories and other multi-story buildings on the campus. Bill also enjoyed a decorated military career in the United States Army Reserves, obtaining the rank of colonel.

Bill and Joan Josselyn Larimer were united in marriage on July 26, 1952 in Des Moines. They were blessed with three sons, Greg, Steve, and Doug.

Bill was an avid bridge player and enjoyed working and reading. He had a great musical talent and enjoyed singing in the choir. Bill rode his bike often and enjoyed taking part in RAGBRAI. He also was a long-distance runner and participated in the New York and Boston Marathons. Bill loved spending time with his friends, family, and especially his grandchildren.

Bill and Jo were married 64 years when Jo passed away at the Mayo Clinic Hospital - St. Mary's Campus in Rochester, Minnesota on July 27, 2016.

In addition to his beloved wife Jo, Bill was preceded in death by his parents; and his sister Mary Jo Lavelle.

"Bill Campbell was truly a one of a kind man and I feel lucky to have known him. He touch so many lives, so positively. Most importantly, his great grandson and my grandson Kyhler. Kyhler would not be the amazing young man he is today without his Gma Jo and Gpa Bill. RIP, Bill ??"

"Bill cared deeply about the people he served at Glenwood. While I worked at Woodward, Bill was a role model, reminding me of the value of the people who lived at our facilities?the reason we did this kind of work. "

"Bill Campbell was a good man with a kind heart. He taught me a lot about compassion for people no matter their stature or intellectual capabilities. He loved the Glenwood community , the men and women he worked with at GRC, and the intellectually disabled friends he helped care for. I will miss our discussions ranging from the world economy to our own local economy and what we all can do to make it better. Most of all I will miss your friendship! Thanks for your leadership and example to make a difference in people lives. You truly did! RIP"

"I didn't get to see my cousin Billie very often but we had many awesome and long phone conversations over the years. I am the "baby"Campbell cousin and I so enjoyed hearing about our family history, especially since he was at the parents wedding in 1935. He was quite the character, I loved him and his sister, Mary Jo, and will miss him terribly. My love and prayers to his family. Linda Campbell Simpson "

"My thoughts and prayers go out to his family. So sorry to hear of your loss. "

"My deepest sympathy to Dr. Campbell's family. He was the greatest boss when working with him at Glenwood. He was a character. Always one step ahead of everyone else. So proud of his family. I so appreciate Ben letting me know about Dr. C and privileged that I was able to visit him. Same old Dr. Campbell......asking about everyone else. I am certainly a better person for having known him. "

"My favorite ?boss? that I worked for at Glenwood Resource Center, all of 25 years. I lost track of him after I took early retirement in 2010. He was a very kind Superintendent, to both employee and patient. As union president, we often drove together to Des Moines to lobby DHS, legislators and the governor. A well-respected man, I miss his stories that went back to WW 2 and his education in Lincoln. God Bless Dr. Bill. May you Rest In Peace! Respectully, Tim Dunlap, Plattsmouth NE"

"He was one of my favorite people to work with at GRC. The place was never the same after he left. He was a great man and will be missed by many. Linda Dean"