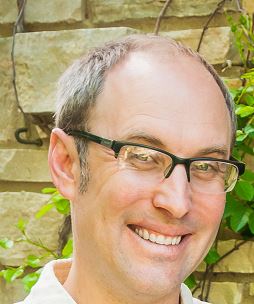 Bruce Richard Speight, 45, passed away peacefully on September 20, 2019, at his home in Edmonds, WA. He was surrounded by family and friends.

Bruce was born on June 27, 1974, in Newport News, VA. He graduated from Hampton Roads Academy and then Bowdoin College in 1996. Since 1998, he has worked for one of various PIRG organizations, first for MassPIRG until 2004 (in Boston and Lowell), then WisPIRG until 2015 (in Madison) as the Executive Director, and finally, for WashPIRG and Washington Environment (in Seattle), also as the Executive Director. Bruce was passionate about consumer rights, environmental policy, and the need to reclaim our democracy from the corrosive influence of corporate special interests. Bruce enjoyed discussing public policy, and the deliberative process which leads to good legislation. He formed collaborative relationships with hundreds of legislators and public officials, across the political spectrum and across the country, in his efforts to promote better regulations and policies to support the public interests of ordinary citizens. He also enjoyed mountain biking, cycling, running, camping and hiking; and watching baseball, soccer, and football. He particularly loved doing all of these things with his family and friends.

Bruce is survived by his loving wife, Heidi Blankenship Speight, and his children, Sylvan Atlas (9) and Wyatt Jackson (6); his parents Bruce Wayne Speight and Hope Southall Speight; his brother Chad Taylor Speight,, his niece Amelia Mattison Speight, and nephew Kevin Taylor Speight, his aunt Paige Hill, and cousins Cody Hill and Chase Nolin; and many others.

Memorial celebrations were held in Ballard and will also be held in Madison later this academic year. We will celebrate Bruce's tireless advocacy to make this world a better place for future generations, his optimistic demeanor and good humor, and his passion for good food, music, baseball, and fellowship.