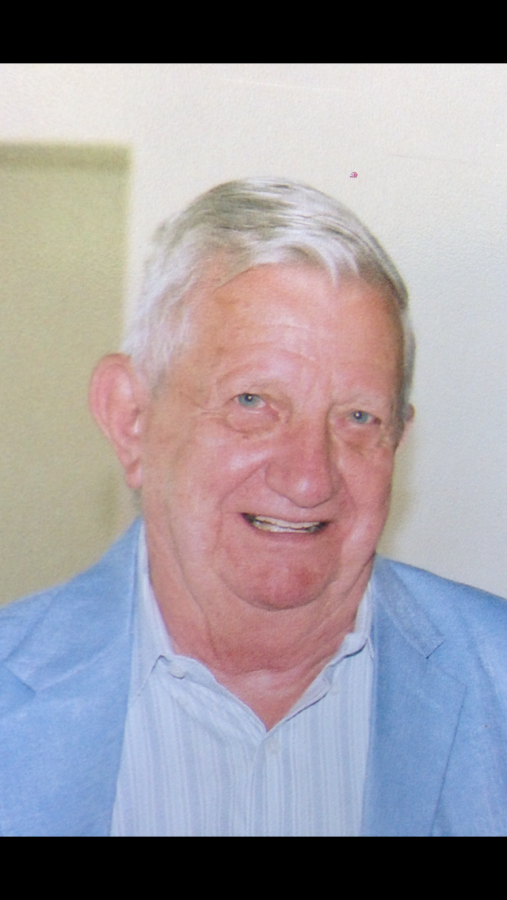 William Bruce Snyder, 94, of Kingston, NY, passed away Saturday, November 23, 2019 at Mountain Valley Manor in Kingston. He was born on July 6, 1925 in Kingston. Bruce was a graduate of Kingston High School after which he served in the US Air Force as a Navigator on B17's during World War II. After returning home he attended Renssaelaer Polytechnical Institute and later worked as an engineer for the New York Telephone Company for many years.

Bruce was married to the late Julia (Dargan) Snyder. Julia passed away on January 3, 2008. He was a member of the VFW, and was an avid gardener and sports fan, especially the Celtics and Red Sox. He was well known for his quick-witted commentary. You always knew where you stood with Bruce.

Bruce is survived by his three daughters, Debra Chase and her husband John of Scottsdale, AZ, Julie Provenzano of Kingston, Cathy Willoughby and her husband Jim of Poughkeepsie, his grandchildren, Laura Provenzano, Carrie Peralta and her husband Tony, Ryan and Courtney Willoughby, and Mackenzie Chase, and his great granddaughter, Stevie Peralta. In addition to his wife, he is predeceased by his mother, Laura Richter, and his son-in-law, Stephen "Xie" Provenzano. The family would like to thank the staff of Mountain Valley Manor in Kingston for the wonderful care they provided.

Arrangements entrusted to A. Carr & Son Funeral Home, 65 Lucas Ave, Kingston, NY, where family and friends may visit on Tuesday November 26, 2019 from 4pm to 7pm. The funeral service will be held at 10am on Wednesday November 27, 2019 at the funeral home. Burial will follow in Wiltwyck Cemetery, Kingston. In lieu of flowers, donations in Bruce's name may be made to a charity of your choice. A tribute for Bruce can be found at www.CarrFH.com, where you may leave memories and expressions of sympathy for his family.

"To Julie and family my deepest sympathy I loved talking with your Dad all the time when he was at Chic's,always had a good time with he was always busting somebody's chops he will be missed.KC"