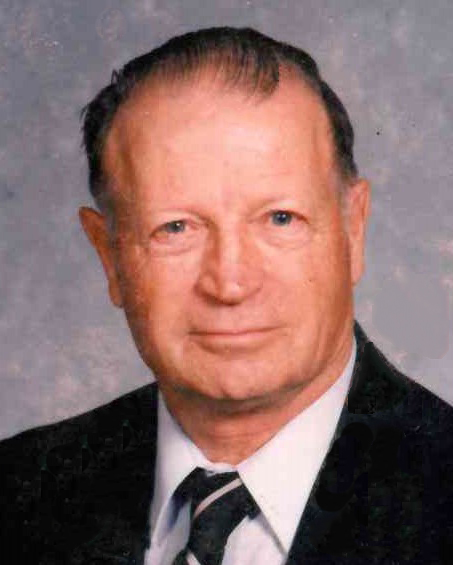 Bob was born on April 17, 1927 in Sparta to Walter and Barbara (Ripp) Bernards. When he was 1 year old, he moved with his parents to Waunakee and lived there until his death. He married the love of his life, Mary Louise Simon, on September 8, 1951 in Madison.

On May 3, 1945, at the age of 17, he enlisted in the United States Navy and served his country with great pride. He worked at Oscar Mayer's for over 42 years. Bob led a life of selfless service. He was a Boy Scout Leader in Waunakee for 11 years, the Waunakee Civil Defense Director for 4 years and, upon his retirement from Oscar Mayer, he trained for and joined the Waunakee Emergency Medical Service (EMS) as a volunteer. In his 22 years with the EMS, he made over 2,000 runs and retired from the service at the age of 80. He also volunteered for delivering Meals On Wheels for the Village of Waunakee. Waunakee honored Bob in 2008 by naming him a Waunafest Grand Marshall. Bob's service to this country was recognized when he was selected for the Badger Honor Flight to the World War II Memorial in Washington, D.C. on September 14, 2013. Bob and Mary enjoyed traveling, starting on their 25th wedding anniversary and continuing every year to all parts of the world, including Europe, Mexico, Hawaii, and other warm climates and all throughout the United States. A highlight of their travel was a safari in Kenya on their 50th wedding anniversary.

Bob was an avid sportsman. He enjoyed camping with his family as well as hunting and fishing. For many years, he enjoyed duck, pheasant, turkey, goose and deer hunting with his friends from home and Canada. He was a lifelong member of St. John's Catholic Church. He was also a member of the Waunakee American Legion Post 360. Bob enjoyed working jigsaw puzzles, yard work, wood working, and watching the Badgers, the Packers and the Brewers. Throughout his life, his priority was his family and he loved spending time with them. Memorials in Bob's name may be made to Agrace Hospice, the Waunakee EMS or the American Legion Post 360.

"Dear Mary and family, I am so sorry to hear of Bob's passing. I know he will be deeply missed by all. Please accept my condolences and know you will all be in my thoughts and prayers. Even though I have been away from Sixth Street for a long time, I still remember how friendly and helpful he always was to my Mom and Dad, Bernard and Bernadine. Take Care! Jeanine Ballweg Radel "

"The volunteers, flight team and board of Badger Honor Flight mourn the loss of their hero, Robert Bernards. We are thankful for his military service and proud to have served him on his trip to Washington, D.C. on September 14, 2013."

"Nancy, Sue, Kathy, Steve, Dick, Tim and Mrs. Bernards, I am so sorry for your loss. Sincerely, Natalie and Vicky"