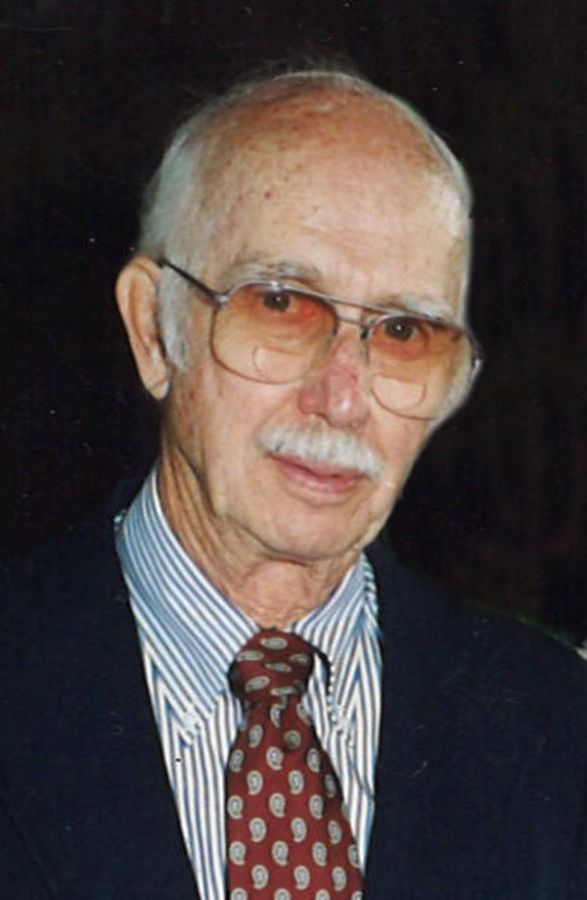 Funeral service will be held at 10:30 a.m. on Friday, December 6, 2019 at the Ralph J. Wittich-Riley-Freers Funeral Home. Reverend Hai Dinh will officiate. Military honors will be conducted at the burial in Greenwood Cemetery. A time of food a fellowship will be at Gannon Hall following the burial.

Visitation will be from 4 until 7 p.m. on Thursday, December 5, 2019, at the funeral home. Memorials may be made to the Muscatine Food Pantry. Online condolences: www.wittichfuneralhome.com


Bill was the son of Gertrude and Robert Wilson, born on June 20th, 1923. He grew up in Muscatine and graduated from St Mathias School. Bill joined the Navy in 1942, serving 4 years on the USS Inch as a gunner's mate 3rd class. He was united in marriage to Barbara Cockerill on May 17, 1947. They had three daughters (Nancy White, Gail Blaesing, and Mary Aull). Upon returning from the Navy he joined the family business, Wilson Shoe Store, as co-owner and remained there until retirement at age 70.

He enjoyed hunting, fishing, golfing and swimming. He had many memories of family times spent at his cottage on Pike Run and in Spirit Lake. Barb and he loved to travel especially to Hawaii, Lake Havasu, Las Vegas, and Europe. He loved spending time with his grandchildren sharing his favorite activities.

Bill was preceded in death by his wife, parents, and son-in-law, James White.

"Nancy, Thinking of you and your family."

"My deepest sympathy to Bill's family. I always enjoyed waiting on he and Barbara! They were wonderful people and a total class act! Vicki Kaufmann"

"I alway enjoyed shopping for my footwear and purses at Wilson's Shoe Store. The Wilson's store had a long distinguished history of providing dress and working shoe and boots. The store was a staple in downtown Muscatine for almost a century. The best memories were of the grand cash register, the string holder for tying up those boxes of shoes to carry home, and the smell of real leather when you entered the store. I am so sorry for Bill's loss. My deepest condolences to the family and friends. God bless you all as you go through all the emotions of Bill's passing. Jane"

"I absolutely enjoyed every trip to Wilson's Shoe Store. Mr. Wilson and all staff were always very accommodating and pleasant. A thank you to Mr. Wilson for his service. My deepest sympathy to his family. Such a gentleman."