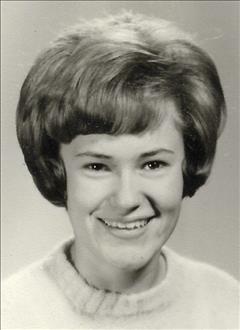 Johanna Rettinger Bockoven, 72, of Des Moines passed away Saturday, December 14, 2019 at Iowa Lutheran Hospital in Des Moines.
A visitation will be from 3:00 to 5:00 PM Saturday, January 11, 2020 at Laufersweiler Funeral Home followed by a memorial service at 5:00 PM. Burial will be at a later date.
Jo was born on March 18, 1947 in Vienna, Austria. In 1956, the family immigrated to the United States. They first lived in Mason City and then later Fort Dodge in 1958. Johanna graduated from St. Edmond High School in 1965. She then attended Iowa State University (Zoology) where she met and married Terry Murray. They had a daughter, Cathy. After their divorce Jo moved back to Fort Dodge to pursue her nursing degree at Iowa Central and later met Jeff Bockoven. The two were united in marriage on September 1, 1988 and moved to Des Moines in 1989. She later attended Grand View University and Drake University where she received her A.R.N.P. For 31 years Jo enjoyed working at Iowa Lutheran Hospital and also taught at DMACC/Marshalltown Community College for several years. She made the best cheese cake, deviled eggs, stuffed peppers, homemade applesauce, and green bean casseroles, among other delicacies. No family gathering ever left anyone (including the pets) hungry. Her greatest joys were spending time with her most favorite, awesome family members; caring for her dozens of plants; loving on her furbabies; and generally loving life. There wasn't a holiday the family didn't celebrate.
Jo is survived by her husband, Jeff Bockoven of Des Moines; daughter, Cathy Murray of Indianola; step-children, Candi Hughes, Cary Bockoven, and Cory Bockoven; brother, George Rettinger of Denver, CO; and nephews, Stewart Rettinger of San Francisco, CA and Erich Rettinger of Denver, CO; along with several cousins, furbabies, and friends (especially her bestie - Susan Moeller).
She was preceded in death by her parents Andrew and Gisela (Basaraba) Rettinger, brother Peter Rettinger, and numerous furry children.
Memorials may be left to the discretion of the family.

"So sorry to hear! Lots of prayers! Linda and Tom Underberg"

"This is really hard. I thought we would have many years yet, going for coffee or lunch. She always made me feel like a valued friend. We met in high school and the years afterwards, we seemed to be in close proximity of each other. I'm thankful I got to be with her several times during her last few weeks. I got to tell her I admired and love her . Her last words to me were, she loved me also. See you again, Jo."

"I was very sad to hear of Johanna?s death. I will remember her as a Gael classmate who always seemed to be smiling or able to call-up a smile on a moment?s notice. Some of us guys affectionately nicknamed her the ?Yo-ho?. Guess we thought that 3 syllables was too many. Joho loved to dance, as I recall. I had my fair share of ?twists? with her. She also followed the lead very well when the tempo slowed. Johanna was very congenial. Fun to be around. I liked her very much. My sincerest, heartfelt condolences to Jo?s Family. "

"Jo was an awesome lady. She took & picked us up while Jeff & I were cycling at Ragbrai several years ago. She was a sweet and wonderful lady always wanting to help where she could! Ron Schroeder "

"God bless, and my condolences to the family. Sincerely Monica Bockoven Hatch "

"I remember being a Student at the Iowa Massage School and Jo came to the school to teach CPR. This was the first time I met her. She was such a nice person. I came to know her because of her husband Jeff. We talked on the phone many times. I will greatly miss her. She was a very kind person."