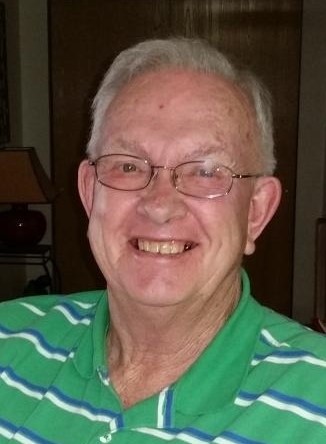 Roger Dirks, 77, of Ames, Iowa, and formerly of Dike and Grundy Center, passed quietly into eternity on Friday, December 20, 2019, at Israel Family Hospice House in Ames with his wife, Della Kobliska, and his hospice staff present.

Roger was the son of Harold and Thelma (DeBerg) Dirks and graduated from Dike High School in 1960. That same year he enlisted in the Air Force and spent the next four years at Sandia Air Force Base in Albuquerque, NM. He later returned to Iowa, living in Dike and New Hartford, and working at John Deere for the next 17 years. In 1986, he moved to the Tucson-Phoenix area and drove for various bus and charter lines including 17 years for Greyhound Bus Lines. He retired in 2006 and returned to his home town working locally until his cancer diagnosis in 2013. He fought the fight for six years, much to the surprise of his doctors, receiving an unprecedented 139 chemotherapy treatments and having four surgeries.

He is survived by his wife, Della Kobliska of Ames; three children, Ricky of Grundy Center, Steven (Lisa) of Capitan, NM and Kristi of Albuquerque, NM; two sisters, Marilyn (Jim) Gerholdt of Evansdale and JoAnn (Larry) McKinnon of Grundy Center. Also surviving are step-children Rodney (Kelly) Kobliska of Cedar Falls and Rachael (Jon) Kobliska of Ames; four previous step-children whom he loved; Tom, John, Marlene of Tucson and Rexann of Lubbock, TX. He has four grandchildren and four great-grandchildren.

On March 11, 2017, a Living Celebration was held at the Lincoln Center Church with music and videos of memories and his life. Roger was able to visit with many of his classmates, family and friends. No services are planned.

Ames Monument & Cremation Center has been entrusted with the care of Roger and his family.

"I am blessed to have had the chance to know Roger and have many conversations with him. He was a spectacular man, a wonderful father, and an amazing grandfather. I have many fond memories that I will continue to hold dear. Thank you Roger, and thank you for being such a role model for Savannah. I love you greatly and miss you more, but I hope you rest in peace. "

"What a wonderful man that will be greatly missed. He was always there for all and thought of others before himself many could learn from his example. His laughter and contagious smile will be missed but may we learn from him on how we should live our lives. God speed to you and you will always have a place in my heart. "

"I will always love you pops. Thank you for always being there ,I will always try to make you proud. Love Thomas &Christi Rae"