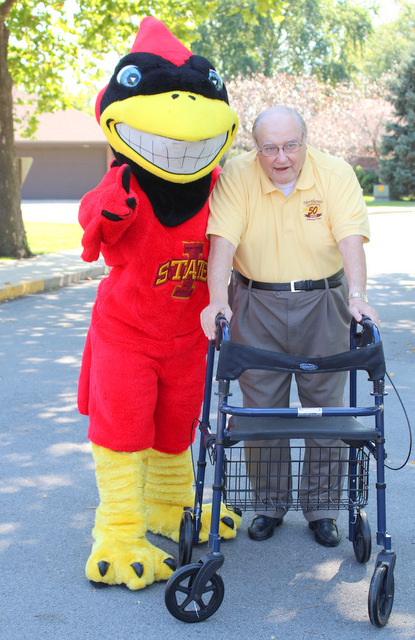 Robert William Kroeschell, age 84, passed away on Thursday, Dec. 26, 2019 at Mary Greeley Medical Center. A memorial service will be private.

Robert was born March 30, 1935 in Chicago to Paul and Hazel Kroeschell. He grew up in the Windy City's Edgebrook neighborhood. He was a 1953 graduate of Taft High School. Bob attended Iowa State University and graduated with a bachelor's degree in business in 1956. He loved his Iowa State adventure and forged Cardinal and Gold bonds that made him a Cyclone for life. A lifetime member of the Iowa State Alumni Association, Bob could regale anyone with stories of his days in Ames.

In high school, through Junior Achievement, he met Zephyrine Brown. "Zee" also attended Iowa State. The two were married in Edgebrook on Feb. 15, 1958. That union would last 62 years.

Bob enrolled in ROTC at Iowa State and earned a commission as a United States Army second lieutenant. He spent 27 years in U. S. Army or the U.S. Army Reserve, retiring as a Lt. Colonel. He remained proud of his service to the end and flew the stars and stripes every day.

Bob was a natural salesman and spent his vocational career in retail sales with Marshall Field and Company and Sears and Roebuck. He loved the daily contact with people his job provided.

Bob and Zee raised their children in the Chicago suburb of Park Ridge, where he served a term as President of Kiwanis and on several committees of Park Ridge Presbyterian Church.

Bob loved the Chicago Cubs and followed their ups and frequent downs on a day-by-day basis. His sports devotionals included the Bears, Blackhawks and the Bulls. He counted himself lucky to have seen the Cubs win a world series, the Bears win a Super Bowl, the Blackhawks claim four Stanley Cups and the brilliance of Michael Jordan in a series of NBA Championship performances. He devoured the sports page daily. A news junkie, Bob's love of sports motivated his internet education.

Family was the sustaining force of Bob's life and he and Zee moved back to Ames after retirement in 2005 to be closer to their grandchildren while renewing their Iowa State ties.

Bob is survived by his wife Zee, sons Tom (Beth) of Ames, Bill (Jan) of Chicago and a daughter, Bonnie (Ken) of Slater; six grandchildren, Liza Kroeschell, McKenzee Kroeschell, Robbie Kroeschell, Ben Kroeschell, Will May and Lindzee May. He so loved and enjoyed being a grandfather and a father-in-law.

An only child, Bob's sense of humor and outgoing personality made him a loved member of his extended family.
He was preceded in death by his parents.

The family would like to thank the Northcrest Community for enriching his life. The family's deepest appreciation affirms the special care provided by the nurses and doctors of Mary Greeley Medical Center's ICCU in Bob's final days. Their professional dedication honored the highest standards of their professions.

Online condolences may be directed to: www.grandonfuneralandcremationcare.com

"Mr. Kroeschell was a wonderful man. He was very funny and quick witted. He knew how to keep you on your toes. We enjoyed all his stories about his years as a salesman, jury duty, and the military. When we came to clean he always had a funny joke to share. He was an awesome person and it was a blessing to know him. "