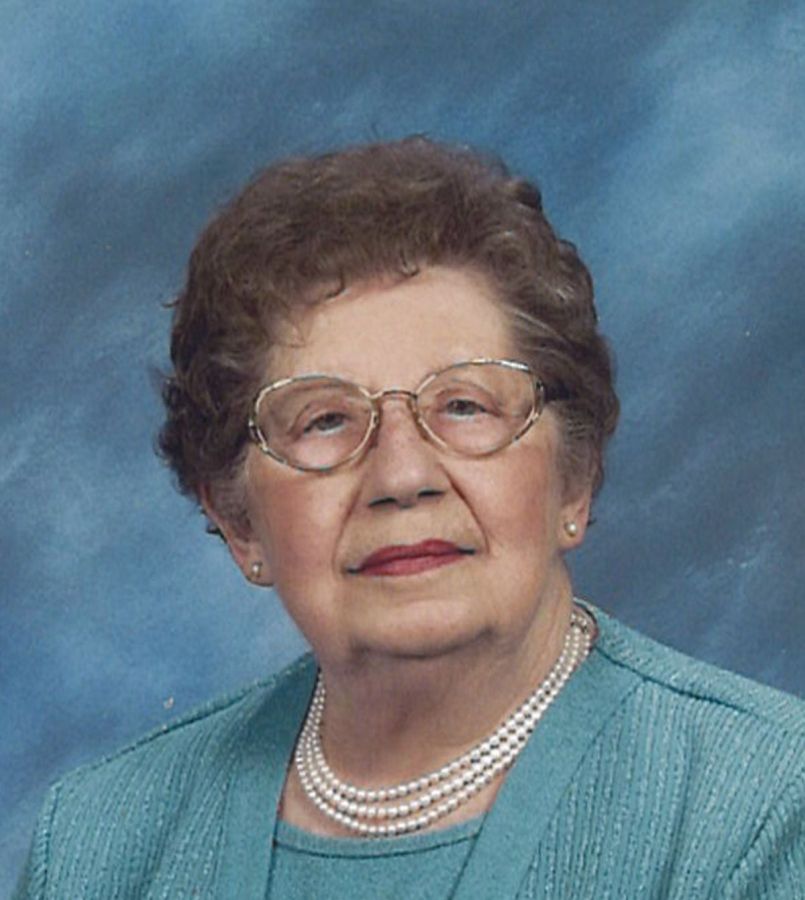 Funeral Service will be held at 11:00 a.m., on Thursday, January 2, 2020, at the Ralph J. Wittich -Riley-Freers Funeral Home. Burial will be in Greenwood Cemetery.

Visitation will be held from 9:00 a.m. until 11:00 a.m. on Thursday, January 2, 2020, at the funeral home. Memorials may be made to First Baptist Church. Online condolences: www.wittichfuneralhome.com

She worked at the Iowa Pearl Button Factory, Otto Grocery, and worked at Nielson Clearing House for 10 years. Later worked at Taylor's Market. Alberta was a member of the First Baptist Church for over 50 years.

"Thinking of you and your family. Sending hugs and prayers. Sherry and Mike Boynton"

"Sending my sympathy to you all loving hugs to all. Kay (Gentzler). Wertman"

"Sandra and family, Sending my sincere sympathy for the loss of your beloved Mother. So very near the 100 mark. That is amazing. You have a lot of memories to share. Hugs and Prayers, Sandra Noble White"

"Sandra and family, so sorry for your loss but heaven's gain. I know you will be re-united in heaven some day. In the meantime, may God bring many beautiful memories to mind to help you through your grief. Love & Prayers, Grace Steckman"