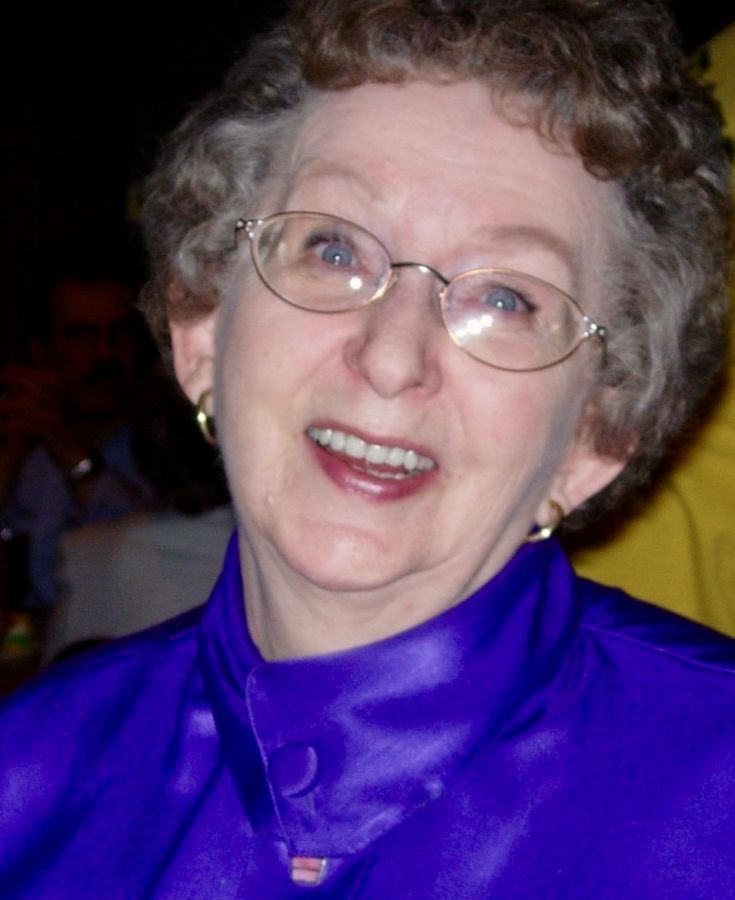 Born July 3, 1932 in Menahga, Minnesota to parents Pearl and Edward Qualey, Helen lived a full and adventurous life. She married husband David Smiley October 14, 1952, and they had four children. Throughout their 34 years of marriage, Helen and David enjoyed traveling the world together, as well as hosting fun parties like backyard luaus until his death in 1986.

Education was a very important part of Helen's life. She loved to read, and one of her greatest accomplishments was going to college at St. Cloud State University, getting "A's" and becoming a teacher. Mrs. Smiley spent 30 years as a second grade teacher at Madison Elementary and University Avenue Elementary in Blaine, Minnesota.

Helen's faith played an integral role throughout her life. She was a charter member of Christ Lutheran Church, where her life will be celebrated on Monday, January 13. Wherever she lived, Helen would join the local church, and she enjoyed spending her time as an active volunteer. Whether it was serving communion, baking for a bake sale, hosting the ice cream social, or contributing recipes for church cookbooks, Helen found meaning in being a part of her local congregation. In addition to serving the Lord, Helen was always there to help others. Whether it was taking her son to the VA hospital, bringing a family member to chemo treatments, or babysitting grandchildren, she never said "no", and never once complained.

Living life to the fullest was important to Helen. At the age of 70, against the advice of others, she decided to waterski on her birthday just to prove she could do it one last time. She had a love for Boston Terriers, and was a breeder for many years. She passed her love of the breed onto her family, and Helen's beloved dog Ninja is now living with her granddaughter Janet. She filled her home with antiques, and loved to have popcorn and one beer while watching the Vikings. Helen was known for having a cup of cocoa before bed each night, earning her the nickname "Cocoa Grandma".

Helen will be deeply missed by her family, but they are comforted knowing she is at peace and in the loving arms of God. Helen Smiley is preceded in death by her loving husband, David Smiley, beloved son Tony Smiley, parents Edward and Pearl Qualey, and brothers Bob and Jim Qualey. Helen is survived by son Pat Smiley and fiancé Sheila, son Rick Smiley and wife Dane, daughter Pam Housewright and husband Al, grandchildren Janet, Tammy, Jessica, Megan, David, Beau, Chris and Lisa, sister Sandra Lund, and eleven great grandchildren.

The Funeral Service will be held on Monday, January 13 at 11 AM, with a visitation one hour prior to the service at Christ Lutheran Church, located at 641 89th Avenue NE, Blaine, Minnesota. The funeral will be followed by a luncheon at 12 PM.