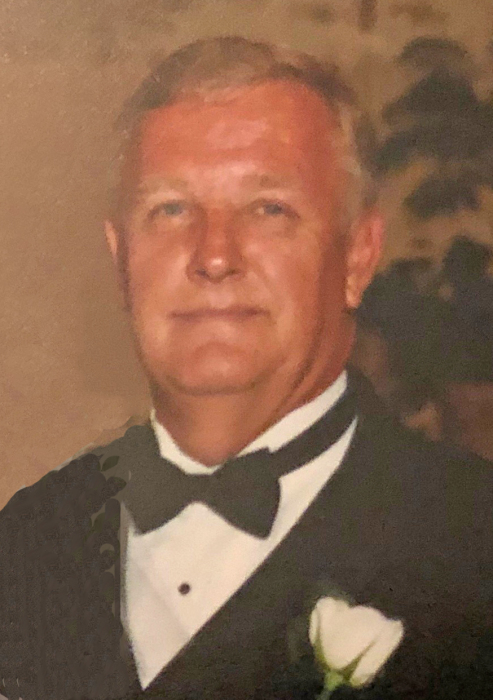 Cottage Grove/Madison - Philip L Tripke, age 72, of Cottage Grove, WI died peacefully on January 29, 2020 at his home in the loving care of his wife Diana.

Born on June 20, 1947 in Janesville, the son of Melvin L. Tripke and Grace C. Thompson (Ward), Phil grew up in Janesville under the loving care of his mother and his step-father James P. Ward. A 1965 graduate from Janesville Senior High School (Craig), Phil went on to serve honorably in the US Army from 1966 to 1969.

Phil married Diana M Worachek on May 15, 1971 in Janesville. They were blessed with three children, Erin Ahn, Ryan Michael and Ashley Anne. Phil and Diana proudly owned and operated Diana's House of Prime Rib in Janesville from 1982 through 1991. They moved to the Madison area in 1992 and called the capital city home for the last 28 years where Phil ran his business, Paintin' the Town, and enjoyed following UW Badger sports. Often stoic but tender-hearted, Phil was loved by a large extended family including six grandchildren who loved their Papa very much.

The family would like to especially thank many special family, close neighbors and friends along with Agrace Home Hospice and Dr. Michael Aughey for their care and support.

A Mass of Christian Burial will be held at IMMACULATE HEART OF MARY CATHOLIC CHURCH, 5101 Schofield Street, Monona on Friday, February 7, 2020 at 12 Noon with Father Chad Droessler presiding. A time to gather will be held at the church on Friday from 10:00 am until the time of Mass.

"We are so sorry for your loss. He was a wonderful Janesville cousin .We regret that we were unable to attend the services because we are i n Florida and will not return until March. Our sympathy, Judie and Allen Prey -Madisn."

"I do remember Phil being stoic and kind hearted. I also remember the twinkle in his eyes. It was a pleasure working for Phil and Diana."

"So Very Sorry to here of Uncle Phil's passing. All my best to all of you during this difficult time. You all will still be apart of my life as always. God bless and and remember all the wonderful memories."

"We will always remember Phil's kind heart, his generosity and adaptability. May he rest in peace. Our prayers are with Diana (Phil's forever supportive partner), and beautiful daughters Erin and Ashley/"