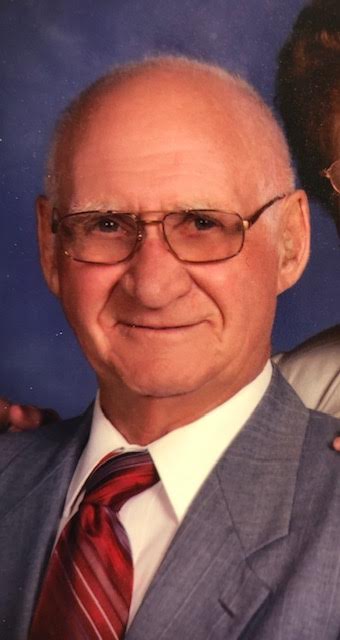 Dale Myers, 90, of Polk City, Iowa passed away on Friday, February 7, 2020 at Kennybrook Village in Grimes, Iowa. A visitation will be held from 10:00 - 11:00 a.m. on Monday, February 10, 2020 at the New Hope Methodist Church (4525 NW Beaver Ave, Des Moines, Iowa). A funeral will immediately follow the visitation and begin at 11:00 a.m. with Pastor Neil Cross officiating. Burial will follow in the Sunset Memorial Cemetery in Des Moines.
Dale was born on January 30, 1930 to Cecil and Lela (Chew) Myers in Murray, Iowa. He grew up in Grand River and Murray before his family relocated to Des Moines. He attended Tech High School in Des Moines and graduated with the class of 1948. Following school, he married Janice Seberg. To this union two daughters were born. Dale worked as a Des Moines Fireman, a city bus driver, and a truck driver. He retired from Allied Trucking after many years of service. Dale later married Laura Muhlenbruch and the couple moved to Polk City. He was a member of the New Hope Methodist Church, Local Teamsters, and the Missouri Camping Club. Dale enjoyed spending time with his family, yardwork, woodworking, camping, flying as a pilot in his younger years, hunting, fishing, sharing jokes, and telling stories.
Those left to cherish Dale's loving memory are his daughters Carla (Dennis) Davidson of West Des Moines, IA, and Karen (Tom) Cooper of West Des Moines, IA; grandchildren Kim (Brent) Knoll, Craig (Melanie) Davidson, and Jill (Mike) Baldwin; grandchildren Josiah and Alayna Knoll, Brock and Tad Davidson, Taylor and Parker Baldwin; and many friends.
Dale was preceded in death by his parents; wives Janice and Laura; sister Betty Lavonne; and great-granddaughter Sydney Davidson.
Memorial contributions may be directed to the family.
Fredregill Funeral & Cremation Care in Polk City has been entrusted with the care of Dale and his family.

"We will miss Dale and our summer time chats at the fence! I know he enjoyed watching the kids play in the back yard! He always had a friendly wave and loved sharing his cucumbers!! "