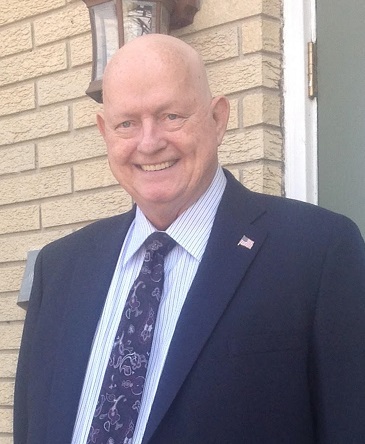 John Michael Sears, age 70 of Monroe, passed away on Sunday, February 9, 2020 in Monroe. Funeral services will be held on Wednesday, February 12, 2020, at 5:00 p.m. at Coburn Funeral Home in Monroe. Visitation will follow the service until 7:00 p.m. Private family burial will take place on Thursday at Woodward Cemetery. In lieu of flowers, memorials may be directed to the Friends of the Monroe Public Library. Condolences may be left at www.coburnfuneralhomes.com
John Michael Sears was born on June 20, 1949 in Corydon, Iowa at the cost of $25 to Lewis Deland Sears, Sr and Doris Mae Sandburg Sears, he was the 3rd of 6 children. John Graduated from Woodward-Granger High School and Iowa State University. He grew as a farm boy, a fix it man, and was proud to be co-captain of the 1966 conference winning football team. Despite being married, and expecting a child, he was drafted into the Army at age 19. He served overseas, as his father had in the South Pacific, and his grandfather had in the trenches of France. In Vietnam, he was promoted to E-5 after only 13 months in the service and was named Soldier of the Month of Da Nang Support Command. He was in Khe Shan in December, 1970.
John was a Certified Public Accountant, Iowa certificate number 1657, and a leader in the profession. He served on the Board of Directors of the Iowa Society of CPAs and on the Legislative committee for many years. John told his best friend, Marv Smith, that he wanted to be remembered as a teacher. His CPA career involved ownership and management of CPA firms in Oskaloosa and Ames, Iowa. He took his second childhood to Mississippi where he worked building churches, schools, and banks. He returned to Iowa and finished his career working for his good friend, Kurt Konek. John was the guy the captain asked to take a patrol out at night; he was the guy who said, "Give me the ball, I am going through." And he did. He loved life and the people that were with him on the trip.
John is the father of three daughters; Susan Viti of Chicago, Sally Sears of California, and Jennifer Smith of Des Moines; and 4 grandchildren; Gavin Smith, Aubrey Smith, Kallen Smith, Quentin Smith, Ava Viti, and Hannah Viti. St. Paul is recorded as saying, "I have fought a good fight, I have finished my course, I have kept the faith." In addition to his daughters John is survived by his brothers Steve and Lewis. John is predeceased by his father Lewis Deland Sears Sr., his mother Doris Mae Sandburg Sears, his brother James Douglas Sears, his sister Linda Marie Freese, and his sister Sarona Lee Gilchrist.

"I remember John from school at Woodward. He was friendly and happy. My thoughts and prayers to his family. Joyce ((Shepard) Fisher"

"John was a special cousin. He was always interesting to talk to about family history. He was a cousin through the Crew side, my Mother and his Grandma Wanda Crew Sears were sisters. He put together some "Sears Family History" locating the burial sites of his ancestors. I had just spoken with him on Friday we had a good conversation--a couple of laughs about "life". He will be missed. Sympathy to his family. Wish I could have known them. To Steve and Lewis, getting together will not be the same without John. "

"Remember John from his time at the First United Methodist Church in Knoxville. John and I were some of the chaperones for FUN - at the all night New Years Eve party for the youth! We talked all night to keep awake - seems while we were talking some tennis ball were tossed around in the sanctuary and ended up high up in the pipes of the large pipe organ- it did have a different sound until the organ man found them in the pipes while working on the organ!"

"John was a great neighbor. Always smiling . We had a shared interest in antiques. And good food . He always had a nice thing to say . And encouragement to the kids with giving them $2 Bill's for good grades . He will be dearly missed in the" Taylor House "as he called our appt complex . RIP John and prayers to all who he loved "