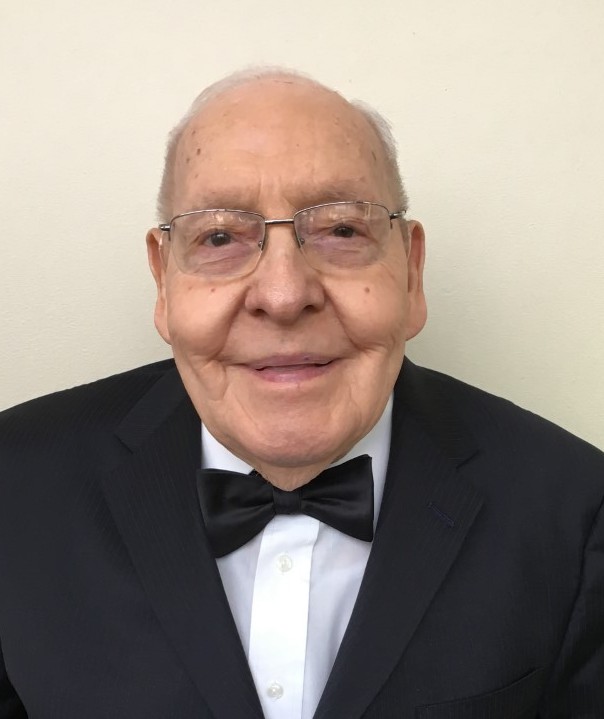 Leland Robert Schaad went to be with the Lord on February 10, 2020. Leland was born September 21, 1930 at the family farm 10 miles west of Merna, NE to Fred and Esther May (Runkey) Schaad. He was the seventh child in the family of eight children. He began his education attending a one room schoolhouse a mile and a half away. Upon completion of the eighth grade he attended Merna High School, driving eleven miles each way. After graduation he received an Elementary Teacher Certificate and taught for two years in one room schoolhouses.

Leland had attended Church and Sunday School since early childhood. During his second year of teaching he attended an old-fashioned Revival Meeting and reaffirmed his faith in Jesus and had a life changing experience. He felt a call to ministry. Leland attended Christian Workers Institute in Sioux Falls, SD. He graduated June 4, 1954 and was ordained into the Ministry. The following evening, June 5, 1954 Leland married Carol Conklin whom he had met shortly after arriving in Sioux Falls together. They pastored in Alexandria, SD, Atwood, KS, and Limon, CO. During their Bible School training they both were interested in Missions. While pastoring in Atwood, KS they had a Missionary Service with a missionary from Papua New Guinea. In October 1960 they answered a need for a missionary replacement in Papua New Guinea. Leland and Carol continued working there for 25 years. It was a very primitive country with over 800 languages and a literacy rate of less than 10%. Leland and Carol worked in evangelism and church planting, Bible training of pastors, and teaching nationals to read and write.

They returned to the United States at the end of 1985. They moved to St Petersburg, FL and resided at D & D Missionary Homes for a year. Leland became the Pastor of Visitation and Pastoral Care at Suncoast Cathedral, and also oversaw, the Senior Ministry known as Silver Saints. After 52 years of ministry, in 2006 they retired and moved to Iowa to be near their children.

He was a member of New Hope Assembly of God, Urbandale, IA. He was active in Men's Ministry.

Leland's home going will be celebrated at New Hope Assembly of God 4425 70th St, Urbandale, IA with a gathering time Friday Feb. 14, from 10:00 a.m. until 11:00 a.m. funeral service. Burial will be at a later date in Cliff Cemetery Merna, Nebraska.

Memorials may be directed to the family who will distribute to missions.

"Remembering Leland, Carol and Family with great fondness for amazing hospitality at their home during the Missions Convention in 1968 and during a visit we made to them in Sioux Falls about 10 years later. What a blessing they were to others. Heaven is richer for Leland Schaad has come home!"

"Condolences to the family. What a beautiful life of serving our Lord."