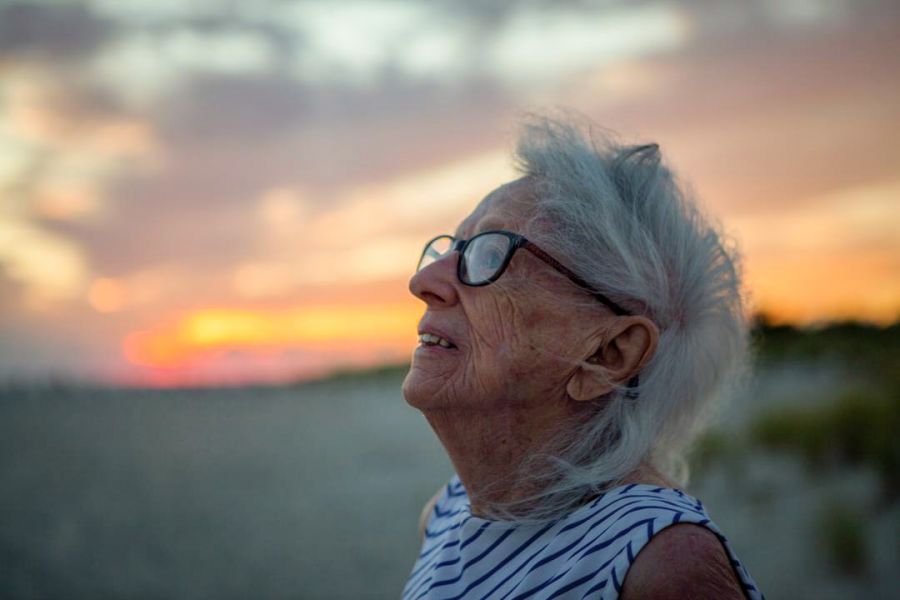 For Sister Teresita Hinnegan, who led a long life shaped by her passion for social justice, it was her Catholic family who nurtured her confidence that she could make a difference in the world. Reflecting on her childhood she shared: "I was blessed with great parents who believed change was possible. You could do anything you wanted to do."

A native of McKinley, Pennsylvania, Sister Teresita graduated from St. Hubert's High School in Philadelphia before entering the Medical Mission Sisters in 1948. She became a registered nurse at St. Francis College before beginning 14 years of mission in Bangladesh. In addition to becoming a registered midwife at Holy Family Hospital (HFH) in Dacca, Sister served as nursing supervisor for six years and held several administrative positions at St. Michael's Hospital. She returned to the United States in 1969 where she served as her Society's Eastern District Supervisor. Sister Teresita divided her time between helping her sister, a single mother of two, and working as a nurse-midwife in a Philadelphia community center. Both experiences allowed Sister Teresita to see how women were impacted by bureaucratic dysfunction, which inspired her to study social work at Temple University, where she earned both a bachelor's and master's degree in Social Work Administration. She served as administrator of St. Vincent's Hospital, where she introduced a nurse-midwifery program, and she later spent several years as a nurse-midwife at the Southeast Philadelphia Neighborhood Health Center, before becoming director of nurse-midwifery at Dover General Hospital in New Jersey.

In 1982, Sister Teresita joined the faculty at the University of Pennsylvania School of Nursing, where she taught for 20 years. She established the Nurse-Midwifery Distance Learning Training Program for the recruitment and training of certified nurse-midwives in underserved areas of rural Pennsylvania. She also taught a course called "Public Policy and Access to Health Care for the Poor."

Dr. Kimberly K. Trout, a former student of Sister Teresita, remarked that "Sister Teresita inspired her students to have a passion for caring for the poor. She continually emphasized that there should be no distinction between those whom society renders as the 'deserving poor' or the 'undeserving poor.' Teresita let us know that we are called simply to serve, not to judge."

Upon retiring from the University of Pennsylvania, Sister Teresita remained deeply concerned with the condition of women. After attending a Bishops' conference on refugees, Sister Teresita developed a deep interest in the fight against human trafficking. She recalled that "I guess it sort of bit me! I wanted to know more about it."

Sister was especially interested in learning about the violence faced by vulnerable immigrant and refugee women. In 2007, she opened the Center for the Empowerment of Women and Girls in Philadelphia. That same year, she co-founded Dawn's Place, a safe home for trafficked and exploited women.

Sister Teresita was honored with many awards, including an Award of Excellence from the American College of Nurse-Midwives in 1994. She received an honorary degree of Doctor of Medical Science from Villanova University in 2009 and, was invited by the Pennsylvania Joint State Government Commission to be member of an Advisory Committee studying the problem of human trafficking in the state. In 2013, she became the first religious sister to offer the opening invocation at a session of the Pennsylvania House of Representatives, an honor usually reserved for ordained clergy members.

Even after retiring from her position with Dawn's Place, Sister Teresita remained keenly interested in women's issues, particularly the role of harmful cultural norms in influencing the devaluation of women and girls. In her view, this problem was at the root of the gendered violence and exploitation endured by so many around the world. She spent the final years of her life producing an unfinished documentary on the subject, sharing that "we would not have sexual exploitation unless there was a demand for it. We would not have such a demand unless there was an unspoken acceptance of it within our culture." Until mere weeks before her passing, Sister Teresita continued to work on her film project and was actively involved in advocacy work in the fight against human trafficking and other forms of exploitation.

Throughout her life, Sister Teresita would explore the root of a problem and develop creative, workable solutions. In a recent interview, she shared, "I get a little impatient with a lot of talk and no action!" A deeply intelligent woman, Sister Teresita, in her passion and determination, coupled with her wide scope of skill and expertise brought opportunity, healing and even transformation to thousands of women and girls. She leaves a legacy of policy change, educational opportunities, safe housing for exploited women, and the incalculable gift of courage and hope in her undaunted quest to help women and children.

Remembrances in her name may be made to the Medical Mission Sisters at the above address.

"Such an inspiring person...a wonderful midwife and a true champion for women, infants and all birthing people.....a kindred spirit. Your spirit will live on...? Linda Locke,CNM,LSW"

"This is so sad! I just went to write about you and the amazing organizations you've both founded and partnered with for a school paper, and came across the notice that you passed. Of course just a day too late to visit too! I'm further amazed reading all of your accomplishments over life and am happy I got the change to meet you and feel your mutual passion against the issue of Human Trafficking "

"Sister T- you are the best and will live forever in our hearts! With great affection, your student KT"