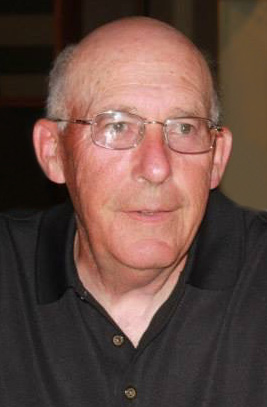 Robert John Shreckengost, 72, of Sheffield, Iowa, passed away Wednesday, February 12, 2020, at his home in Sheffield. He was born on November 4, 1947, in Mason City, to Orin and Josephine Leland (Edgington) Shreckengost.

Robert graduated from Sheffield-Chapin High School, class of 1967 and attended NIACC. He married his high school sweetheart, Kathleen Joan Meints, on August 1, 1969, at Zion Reformed Church in rural Sheffield. Robert and Kate celebrated their 50th wedding anniversary on August 1, 2019. He left home two weeks after their marriage and proudly served in the Vietnam War as a Spec 5 in the 229 Aviation Battalion, 1st Cavalier Division.

Robert worked with his father, Orin, at the Dougherty Hardware Store and also worked for Star Gas and Sukup Manufacturing in Sheffield.

Robert was a member of the First United Methodist Church in Sheffield. He volunteered for the Dougherty and Sheffield Fire Department and was involved in Little League and Babe Ruth. Robert was a proud member of the Sheffield AA family for 40 years. Although he was legally blind, he participated in the Disabled Veterans Tee Tournament for 7 years.

Robert spent his summers on the golf course at Ridge Stone Golf Club, golfing with the old guys. As long as there was someone to track his golf ball, he was in his element. He loved spending time with his three boys and their families and of course his grandchildren. Whether golfing, fishing up north and most recently a 50th anniversary celebration in Mexico, he was proudest when he was with his family.

He was preceded in death by his parents Orin and Leland Shreckengost, father and mother-in-law Harold and Mary Meints and brother-in-law Gary Meints.

"Kathy and family, We are so sorry for your loss! From your pictures I can see you have many wonderful family memories! Thinking of you in this time of sorrow. Bev Stratmann"

"My most sincere condolences to Kate and the entire family. May our Stillspeaking God comfort, sustain and guide you through the days to come."

"Katie, you and Bob were a couple of my biggest supporters when I joined that Sheffield AA family. I will always be grateful for that. Thoughts and prayers to Bob's family. Shari"