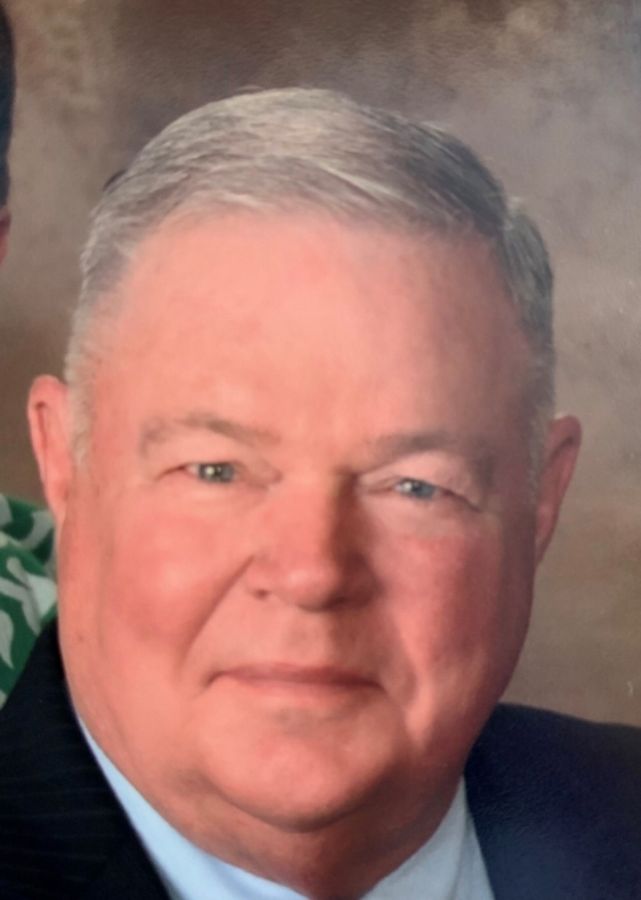 John David Schloot, 77, passed away on February 12, 2020, with his wife and daughters at his side at Iredell Memorial Hospital in Statesville, North Carolina, after a courageous battle with cancer. He was born October 27, 1942 in Indianapolis, Indiana to Elmer G. and Ethel Jean (Johnson) Schloot. His parents moved to Muncie, Indiana in grade school and he graduated from Selma High School in 1960. He was a 1964 graduate of Wabash College in Crawfordsville, Indiana where he was a member of Lambda Chi Alpha. He married Jane A. (Taylor) Schloot, his high school sweetheart, in August of 1964.
John was a home office underwriter, earning his CLU and LOMA. His insurance career took him from Indianapolis, Indiana, to Manhattan, Kansas and finally to Clearwater, Florida. He worked for Standard Life, Kansas Farm Bureau and Aegon Insurance before retiring. While at Aegon, he spent 14 months in Mexico City, Mexico, helping to establish an independent office there. After retiring, he spent a few years doing underwriter consulting.
John was a member of the Broad Street United Methodist Church in Statesville, North Carolina. He also had memberships in Sertoma of Greater Indianapolis and Manhattan Country Club. His greatest joy was spending time with his grandchildren and watching them in their various activities and sports. He loved playing golf and, in previous years, working the Indy 500 for the Speedway Press Bureau for over 20 years. He especially enjoyed traveling, whether it was with Jane, his family, through work, or in retirement. Whether at home or traveling, his love for the English language kept him busy working crossword puzzles every day in any newspaper he read.
John was predeceased by his parents; his brother, Fred A. Schloot; in-laws, Fred E. and Harriet Ann (Ratcliff) Taylor; brother-in-law, Jeff Taylor; and his uncle, James Schloot.
Survivors include his wife of 55 years; his daughters, Jill (Bob) Campbell, Manhattan, Kansas, and Karen Munson, Statesville, North Carolina; and grandchildren, Ruby Munson, Statesville, North Carolina; Jack Campbell, Manhattan, Kansas; and Blair Munson, Statesville, North Carolina. Also surviving are his brother, Carl (Kathie) Schloot, Fishers, Indiana; his sister, Gretchen (Stacey) Gane, Dallas, Texas; and sister-in-law, Susie (Steven) Craig, Frankfort, Indiana; aunt, Beverly Schloot, Indianapolis, Indiana; sister-in-law, Kay (Carl) Downs, Muncie, Indiana; sister-in-law, Joyce (Charlie) Marks, Muncie, Indiana; 12 nieces and nephews; and 15 great nieces and nephews.
Visitation will be Saturday, February 15, 2020 at 3 p.m. in the Gothic Chapel at Crown Hill Cemetery, Indianapolis, Indiana. A memorial service will be held immediately following at 4 p.m. in the Gothic Chapel. In lieu of flowers, memorials may be made to the Statesville Police Department's Fill the Trailer Toy Drive at Christmas, 330 S. Tradd Street, Statesville, NC 28677 or the Broad Street United Methodist Church, 315 W. Broad Street, P.O. Box 169, Statesville, NC 28687.

"Sending our love and condolences. We hope you are finding comfort in knowing you are lifted in prayer by many. We have been thinking of you and praying for you. We have also been reminiscing about Uncle John and his kindness and we truly wish we would have put these memories and gratitude to paper for him long before his passing. His willingness to help and support our family was so appreciated on numerous occasions. We are reminded of Tyler?s first grade ?Flat Stanley? project that Uncle John and Aunt Jane so graciously accepted and the tremendous hospitality and adventure that ?Stanley? and subsequently, Tyler experienced upon ?Stanley?s? return to Muncie (complete with souvenirs and all). Our recollection is that Uncle John took the lead on this school project and it was enjoyed by Tyler?s entire class. Uncle John was also so supportive of Tyler?s commitment to attend Wabash College and join him in becoming a Little Giant. Tyler will always cherish the alumni keepsakes Uncle John gave him upon his acceptance.  He will always be remembered as a generous, thoughtful uncle who unconditionally offered help on several occasions, bringing carloads of empty boxes as we prepared for our big move and even driving a couple of hours from Clearwater to Fort Myers to deliver a table/chairs, dishes and necessities when Troy first moved to Florida with nothing but the clothes on his back. We will continue to lift you all in prayer and hope you are flooded with an abundance of fond memories as you honor and celebrate his life.  All our love Troy, Tammy, Tyler and Tate"