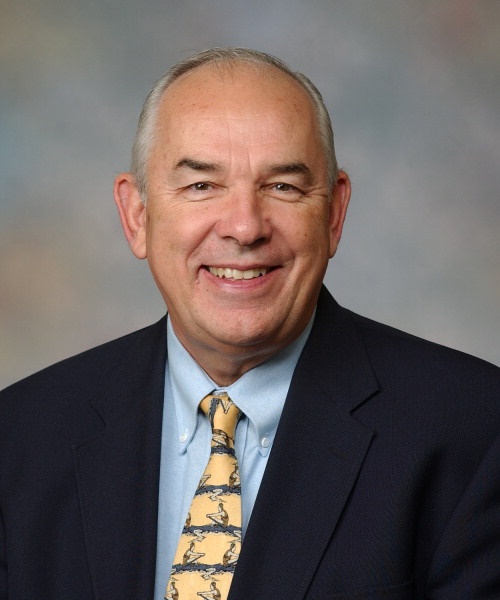 Philip Robert Greipp, MD, 77, passed away Tuesday evening, February 11th at Fairview Southdale Hospital in Edina, MN from complications of an acute illness and a previous stroke.
Dr. Greipp was born in Philadelphia, Pennsylvania on January 15, 1943. He attended St. Dorothy's Grade School in Drexel Hill, PA and St. Joseph's Preparatory School in Philadelphia where he and his older brother learned to row and compete in "an eight boat" on the Schuylkill River. He earned a B.S. at St Joseph's University on a full scholarship for rowing and graduated in 1964. He was inducted into the St. Joseph's University Athletics Hall of Fame in 2011, having rowed "stroke seat" for one of the winningest teams on the East Coast in the early 60's. He temporarily rowed for Vesper Boat Club on the Schuylkill River with a team that eventually went to the 1964 Olympics but he chose medical school over training. He graduated from Georgetown University Medical School in 1968 and he married Maureen O'Connor that year. They were married for 44 years. He embarked on his joint passion for pathology and internal medicine at the University of Alabama in Birmingham and began his research career at the National Institutes of Health where he focused on the perfect combination of pathology and medicine; hematology. During this time he jointly served as Commander in the Public Health Services until 1971 when he moved to Rochester, MN and joined the Mayo Clinic Internal Medicine Residency program and went on to excel in the Hematology Fellowship Program.
Dr, Greipp joined the staff of the Mayo Clinic in 1975 where he led an exemplary career jointly serving the divisions of Hematology and Hematopathology and achieving Professor of Medicine and Professor of Laboratory Medicine and Pathology. He is graciously remembered by his colleagues and patients as a model physician, mentor to numerous trainees, an early adopter of computer technology, and friend to so many. Dr. Greipp was fiercely dedicated to his patients. As an example, they nominated "Dr. Phil" to be a torchbearer for the 2002 Winter Olympics.
He is recognized across the world for his contributions to the understanding of the disease, multiple myeloma, for which he is known for the development of the plasma cell labeling index, a key measure for the aggressivity of multiple myeloma in patients. He is also known for leading the development of a pivotal International Staging System for multiple myeloma. Dr. Greipp published over 400 scientific manuscripts, book chapters and other publications and also received two patents. Dr. Greipp reveled in teaching in the medical school and also enjoyed delivering numerous invited lectures around the globe. He led many important clinical trials and chaired the Multiple Myeloma Committee of the Eastern Cooperative Oncology Group. Dr, Greipp also recognized early on, the importance of establishing consented specimen biobanking at Mayo Clinic for research purposes. He inspired his daughter Patricia to study medicine and she is driven to serve patients every day by his example.

Dr. Greipp was an avid marathoner in his younger years and was proud to complete the Twin Cities Marathon with both of his sons, Jeffrey and Dan in 1993. Although the loss of Jeffrey to cancer in 2015 was devastating, he continued to live a positive and spiritual life. Music was another of Dr. Greipp's passions. He greatly enjoyed blues and other genres, as well as playing acoustic guitar with his son, Dan, who lovingly and attentively cared for him, bringing great joy to him daily, after his debilitating stroke. "Coach Phil" was one of the earliest members of the Rochester Rowing Club where he inspired and trained numerous young rowers in Rochester as coach and President of the Club from 1993 - 2015.He coached and taught by 3 principals. The first 2 coming from his brother Joe: 1) It's not about you... it's about the sport and the rowers. When it becomes about you, your ego, your betterment, you need to stop. 2) Don't be afraid to try something new. 3) Break bread together. Be a team on and off the water.
He is survived by his sister, Joan Quiellen, his daughter, Patty (Patrick) Steward and granddaughter, Kayleigh; his son, Dan (Maureen) Greipp; sister-in-law, Mary Greipp; daughter-in-law, Melissa Love Koenig and granddaughter, Olivia. He was preceded in death by his parents, Anastasia V. Greipp and Joseph J. Greipp; brother, Joseph F. Greipp; son, Jeffrey Greipp.

A Mass of Christian Burial will be held at the Co-Cathedral of St. John the Evangelist (11 4th Avenue SW Rochester, MN 55902) on Friday, February 21, 2020 at 10:30 a.m. A Visitation will be held at Ranfranz and Vine Funeral Homes (5421 Royal Place NW Rochester, MN 55901) on Thursday, February 20, 2020 from 5:30-7:30 p.m. and one hour prior to the service at the church. Internment will take place at Calvary Cemetery.
Gifts in memory of Dr. Greipp can be designated for hematologic malignancies research and mailed to: Mayo Clinic, Department of Development, 200 First Street SW, Rochester, MN 55905. Memorial gifts can also be made online at www.mayoclinic.org or by phone at (800) 297-1185
Ranfranz and Vine Funeral Homes is honored to be serving the Greipp family. To leave a special memory or condolence please visit www.ranfranzandvinefh.com

"Dear Patty, I am heartbroken to hear of your loss. My time around your father was brief, but he left a profound impression. We'll forever be grateful for the kindness and compassion that he shared those days in Corpus Christi. A truly gifted man who shall be missed. Love and Prayers to you and your family--Michael Law"

"I am so sad to hear of his passing, Phil coached without an ounce of ego, which is so important to beginning rowers, especially when they are starting with no athletic ability. He was the kind of coach that kept the slowest rowers believing and knowing that they had room to grow, and had potential to help the team, even from the back of the pack. It's hard to know how many young lives he impacted over all of those years. My rowing family is one of the most important things in my life, and he started that for me "

"We at the NWIRA are saddened to have lost Coach Phil! He will be missed and we send our thoughts and prayers to family and friends. We will support him through a donation to his chosen cause! With great sympathy to you all, Jill Cooper President North Western International Rowing Association "

"Dear Maureen and Family, I am deeply saddened by the loss of your Philip. You are in my thoughts and prayers. Peace and Love from your friend Jeanne Vehrenkamp coworker from Assisi Heights"

"We?re very sorry to hear of Phil?s passing. We still have happy memories of our early days at Homestead Village. Bronwen and Graham Solley "

"To the kindest and brightest gentleman that I have ever known- you will never be forgotten. After keeping my brother alive for five quality years after being diagnosed with a terminal illness, you traveled to Corpus Christi, Texas to deliver his eulogy. God Love You and Eternal Rest My Friend. Tom and Karen O'Connor"

"Buster, Patty and Maureen, Our thoughts and prayers are with you during this difficult time. Phil was always so kind to us and genuinely interested in our stories. I cherish the many times we spent together playing guitar or just talking about music. His life was so full of accomplishment and curiosity. A truly beautiful man. Johnny and Olga Hoy"

"Phil! My heart is broken. The world had lost a wonderful man. You were a major part of my athletic life, but more importantly a teacher, inspiration, and friend. Your big smile and laugh won't be forgotten. Your love of rowing, but more importantly your kindness and patience were crucial in my life and will always be a part of me. You taught me how to push myself, engage fully in a sport and team, but also to trust myself and be confident. You are loved Phil!"

"Thank you for the beautiful tribute for (my Uncle) Phil. It is a pleasure to read of his many accomplishments, but also to see who he was as a man stated so perfectly. Growing up so many miles apart, it wasn't often that we were able to get together, but I'm very thankful especially for the times we've spent in more recent years. It is then that I learned the true depth of Uncle Phil's kindness and compassion. He was a tremendous support for me when his brother Joe (my father) passed away in 2012. They had the same laugh, the same love of rowing, the same kind, gentle spirit, and the same witty sense of humor. He will be missed. "

"So sorry to hear of Phil's passing. He was a much loved part of the RRC. My son, George, was a junior member of the RRC coached by Phil between 2004-2009. As rowing parents, we spent lots of fun and rewarding time together at regattas, and treasure our memories of Phil. Phil's enthusiasm for rowing definitely rubbed off on George, and now he's paying it forward coaching the Tufts men's crew. Endlessly grateful to Phil for the inspiration he provided to George and countless other young rowers."

"I worked with Phil's wife Maureen at Georgetown Univetsity Hospital when he & Maureen were dating! So very sorry for your loss. What a great contribution he had made to all of us. Jane Anderson Holls. Fredericksburg. VA"