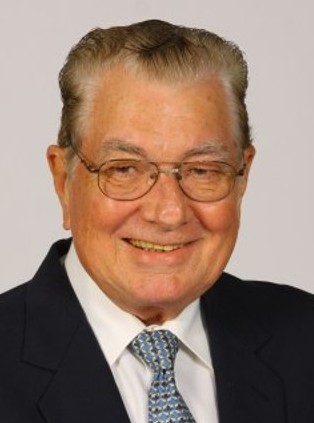 Daniel Lee Dohrn, beloved Husband, Father and Grandfather, left us too soon on February 16, 2020. He passed away at 4:30 A.M, CST after a valiant, year-long battle against lung cancer.

Dan was born in Moline, Illinois and spent his first 45 years in the Midwest. He graduated from Moline High School in 1952, where he excelled as a trombonist in the concert and marching bands, as well as on the basketball team.

After graduation, he enrolled in a carpenter apprenticeship that served as the foundation for his professional life in the construction industry. He moved into a career as an acoustical construction sales representative and then founded his own acoustical contracting business, Sound Engineering, Inc. He ran that company for over a decade. He transitioned into commercial construction and served as a design-build contractor at the company he founded in Iowa, Structures Unlimited, and later worked in the Phoenix, Arizona and Las Vegas, Nevada areas.

Dan's lifelong focus was on his family. In 1956, He married Ann Adele Meyer, his soulmate and love-of-his-life. Together, they devotedly reared four children. Dan kept his family busy, active in sports, Scouting, camping and travel. They had two boats, a beloved old houseboat and a ski boat. Every Spring through early Autumn most free time was spent on the Mississippi River or area lakes as a family. Winters were for skiing and tramping in the farm fields, hunting. Dan was always available as an adviser, friend and confidante for his children, and also served as a mentor for other family and friends. Dan and Ann remained lifelong friends with Jerry and Betty Claussen, who both preceded them in death. After he and Ann became empty-nesters, they had time to travel throughout the Southwest, and enjoyed their vacation home in Puerto Penasco (Rocky Point), Mexico.

After Ann passed away in 2007, Dan relocated to South Florida, settling in Delray Beach. There, in his semi-retirement, he also worked as a realtor, and zealously pursued life on his own terms. After his illness became more severe, he moved to live with his daughter, Elizabeth and her family in Madison, Wisconsin.

Dan was preceded in death by Ann, as well as his father, Chester Dohrn, mother, Mildred Witherspoon, and brother, Charles R. Dohrn. He is survived by sons Christopher (Peggy), Bryan (Linda), daughters Elizabeth (Mathew), Cathleen (Matthew); and grandchildren Erin, Kira, Jake, John, Adam, and Andrew. Dan was also especially close to his nephew, Rick Dohrn, of Scottsdale. A memorial ceremony will be held at a later date. The family expresses its deepest gratitude to the professional and compassionate staff members at Lynn Cancer Center, Florida, and, especially, at Agrace Hospice, Madison, Wisconsin. Please consider dedicating any memorial donations in Dan's name through the Agrace Hospice (https://www.agrace.org/donate/), or Girls' Rock Camp - Madison (https://girlsrockmadison.org/donate/).

Please share your memories of Dan by posting Tributes.