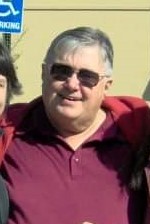 Funeral Service for Robert will be 2:00 p.m., Wednesday, February 26, 2020 at Joyce Funeral Home. Burial is in Silver Lake Cemetery, Ayrshire. The family will greet friends one hour prior to the service on Wednesday.

Robert Ellsworth Baxter was born July 10, 1943 in Spencer, Iowa, the son of Ellsworth John and Esther Elisabeth (Clark) Baxter. He was raised to love Iowa farms, and he was a graduate of Kanawha High School and Iowa Central Community College.

Robert worked in the Farmland Industries Transportation Division. He spent more years in retail with Shopko and later drove for Decker Trucking of Fort Dodge before his retirement.

Robert enjoyed his coffee group, keeping an eye on his favorite cattle pasture and following his favorite Arabian horses.

On February 22, 2020, Robert passed away at the Muse-Norris Hospice Unit in Mason City, Iowa.

Left to cherish his memory are his two daughters: Annette Merrily Abels and her husband, John Easter and Angelique Audrade; two grandsons: Nicholas Robert and Douglas Severin; sister, Marilyn Lehrman and her husband, Kevin of Goldfield, Iowa; two brothers: John Baxter of Minnesota and Larry Baxter of Perry, Iowa; his nephew, Bruce Kraft and his wife, Geri and niece, Susan Malek-Zadegan and her husband, Shawn.

He was preceded in death by his parents; his wife, Kathy; sis ter, Sharon Kraft and brother, George Hoy.