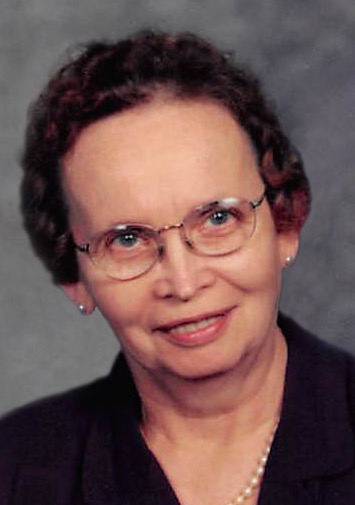 Dolores Margret Franzen was born January 18, 1931, in rural Burt, daughter of Stanley and Harriet (Schrader) Black. She was baptized and confirmed at the Burt United Methodist Church.

Dolores attended Burt High School. She married Lewis Franzen on November 11, 1951, at the Burt United Methodist Church. Together they lived on a farm in rural Titonka where Lewis farmed, and Dolores worked for the Timely Mission Nursing Home in Buffalo Center for 25 years and for the Titonka Care Center for several years. They moved into Titonka in 1985, after Lewis retired from farming. Dolores later moved to Algona where she lived for the past few years.

Dolores enjoyed sewing, gardening, and going to craft shows. Her greatest love was her family, spending time with her children, grandchildren, and great-grandchildren. She was a member of the Immanuel Lutheran Church and the WELCA.

Dolores died Saturday, March 14, 2020 at the Algona Manor. She was 89.
Dolores is survived by her daughter, Emogene Kurtzleben and her husband John of Titonka; daughter-in-law, Jackie of Aurora, MO; seven grandchildren; nine great-grandchildren; sisters, Marlene Gifford of Burt and Jayne Burnett of Laurens; and many nieces and nephews.

"Sending our love and prayers to Emogene and family. Your mother was a sweet lady and it is so hard to let se your mother. Dr and Kathy Johnson"

"Sorry to read about your mom, Emogene. Our love, thoughts and prayers are with you and your family. Paul and Cheryl Beenken"