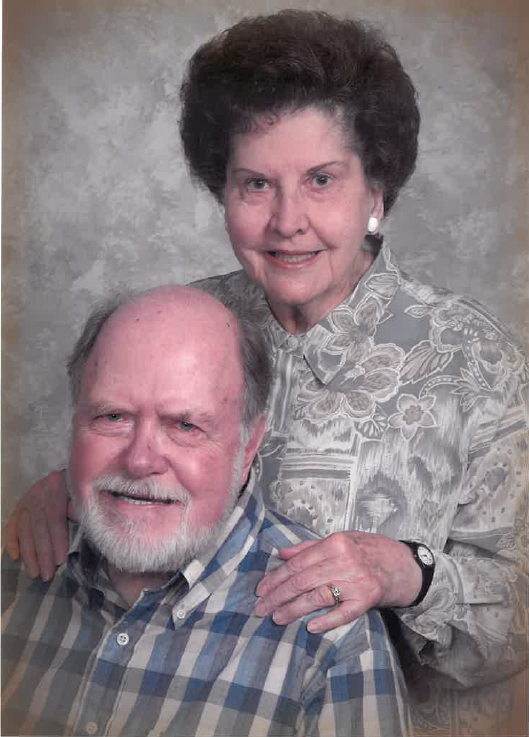 95, of Indianapolis, died March 12, 2020, at home. She was born in Indianapolis on March 4, 1925, the only child of Charles R. and Bonnie K. Goth. Growing up during the Great Depression, she completed grade school at Indianapolis Public School Number 54 and graduated from Arsenal Technical High School with the Class of 1942. Having excelled in her art classes at Tech, Phyllis studied one year at John Herron Art Institute and Butler University, turning down a full scholarship to continue her studies at John Herron in order to marry Charles T. Young, who had just been commissioned as an ensign in the Navy following graduation from the Naval Flight Preparatory School at DePauw University and the United States Naval Air Navigation School.
While her husband Chuck was serving overseas during World War II as the navigator of a PBY Catalina patrol bomber, Phyllis worked at H.P. Wasson's in the millinery department. While he was serving stateside as a navigation instructor, she accompanied him to Brooklyn, New York, where her first child, Jeffrey, was born in Brooklyn Naval Hospital.
Returning to Indianapolis with her husband and infant son after the war, Phyllis focused exclusively on taking care of her growing family, which came to include another son, Michael, and two daughters Susan and Karen.
When her husband died in 2005, Phyllis and Chuck had been married for sixty-two years. In addition to her parents and her husband, Phyllis was predeceased by her daughter, Karen; her son, Michael; and her son-inlaw, William Coyle. She is survived by her son, Jeffrey; her daughter, Susan Coyle; her grandson, M.J. Coyle and M.J.'s spouse, Andrew Merkley; her daughter-in-law, Laura Young; her grandson, Christopher Young and Chris's wife, Elyse, and children, Ethan, Amalia Rose, and Theodore; and her dear lifelong friend, Betty Hall.
Final arrangements have been entrusted to Crown Hill Funeral Home and Cemetery. There will be no calling. The graveside service will be private. The family wishes to thank all the members of the Community Home Health Hospice team for their compassionate care of Phyllis during her final days.