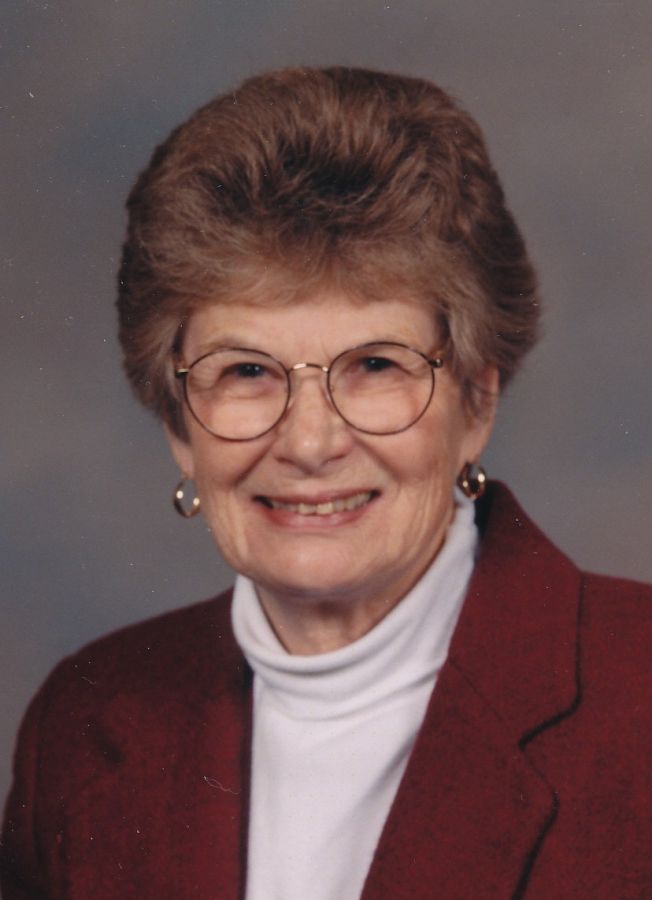 MADISON - Audrey J. Marquardt, age 88, passed away peacefully at home on March 4, 2020 following a brief illness. She was born on January 19, 1932 in Schofield, WI, daughter of Henry and Evelyn (Ferge) Scheel. She attended Wausau East High School and UW-Stevens Point. She married Robert Marquardt on October 11, 1952.

Audrey loved her family dearly and wished to be near them every single day. She was extremely proud of her children and grandchildren. She cherished her childhood and college friends. She was a hard worker with a very positive outlook on life. Audrey was truly a loving, caring and compassionate person always willing to help others.

She was a member of First Congregational United Church of Christ in Madison, WI. She worked as an executive assistant for the superintendant of New Berlin Public Schools and later with Jacobs Visconsi Jacobs in Madison, WI. She enjoyed reading, gardening, camping, kayaking, nature, exploring new places and exchanging letters with her grandchildren.

Audrey was an avid fan of the Green Bay Packers and Wisconsin Badgers. She loved attending professional football games at the former Milwaukee County Stadium and later Lambeau Field. She never missed watching a Packers game. She even attended a Packers game the day after she married just before she left on her honeymoon.

She greatly appreciated the performing arts. She liked music, theater, opera, musicals and dance productions. She was a charter member of the Friends of the Madison Civic Center. Her work as a volunteer usher there continued at Overture Center For The Arts in Madison, WI for more than 30-years.

Similar to her mother, aunts and sisters, Audrey worked as a teenager at Voss' Birchwood Lodge in Manitowish Waters, WI. This lodge was a premier summer resort in Wisconsin's Northwoods and is still owned by her relatives. She also worked as a teenager at a youth summer camp in northern Wisconsin. For most of her life, she spent time at the family cottage in Tomahawk, WI. Her favorite state campground was Crystal Lake in Boulder Junction, WI. She sincerely loved vacationing in Northern Wisconsin as well as visiting her family in Phoenix, AZ.

She was preceded in death by her parents; her spouse; her brothers Henry Scheel Jr, Lloyd Scheel and Gerald Scheel; her sister Lois Reetz; her brother-in-laws Herbert Anderson and Mark Reetz; and her sister-in-laws Delores Scheel and Dolores Anderson.

Audrey will be deeply missed by all who loved her.

Please share your memories of Audrey by posting Tributes.