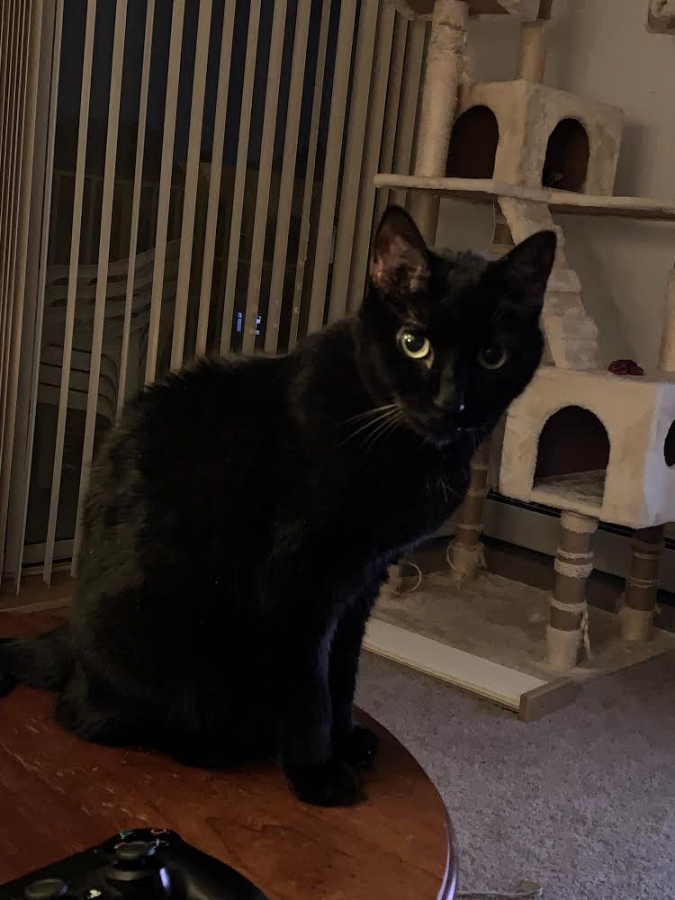 Minnie led a rich life of travel and adventure. She was born in May 2002 on the mean streets of New Jersey in the backyard of CB, a dog person who fell in love with her. After taking a detour through Atlantic City, and spending a brief week on the lam in Pittsburgh, she settled back in Plainsboro, New Jersey. While there, she met RO who brushed her often. In 2008, she accompanied her beloved owner, CO, to Washington, D.C., and supported her throughout law school. After CO's graduation, Minnie came along for a new adventure to the great state of Minnesota. Minnie spent many years with CO and was eventually introduced to her friend, TW. TW and Minnie formed a special bond, and when CO decided to moved into a house with the mortal enemy (a dog), she generously allowed Minnie to spend her twilight years living with TW. TW and Minnie spent the last year of her life in downtown Minneapolis, providing much happiness to one another.

In November 2019, Minnie was diagnosed with feline mammary cancer. The months that followed were difficult for Minnie, TW, CO, and others who loved her. During this time, she met EM, who spent a lot of time with her during her surgery recovery and thought she was just the cutest thing. Despite difficult treatments and painful surgeries, Minnie remained a steadfast companion, providing comfort even as she was the one dealing with great pain. She continued to display kindness to the very end, sharing her spirit even with the talented and generous veterinarians and technicians who poked, prodded, and operated on her. Although she fought her hardest, she ultimately was unable to overcome this vicious disease.

Throughout it all, Minnie was a good cat, in the deepest sense of the word. Minnie's gentle, kind, yet fierce spirit brought joy to all those who had the opportunity to walk the path with her. Her affection was not necessarily easily earned, but it was deeply held once it took root. She was a loyal companion who will be greatly missed by those who loved her and whom she loved in return. Thank you for the years together, Minnie. You have left the world a better place.

"A special thank you to MP, who provided Minnie and TW with wonderful care packages after her diagnosis. It was through MP's care packages that Minnie discovered her favorite treat--Shrimpy Shrimps! These kept her going through difficult times and treatments. Thanks MP!"