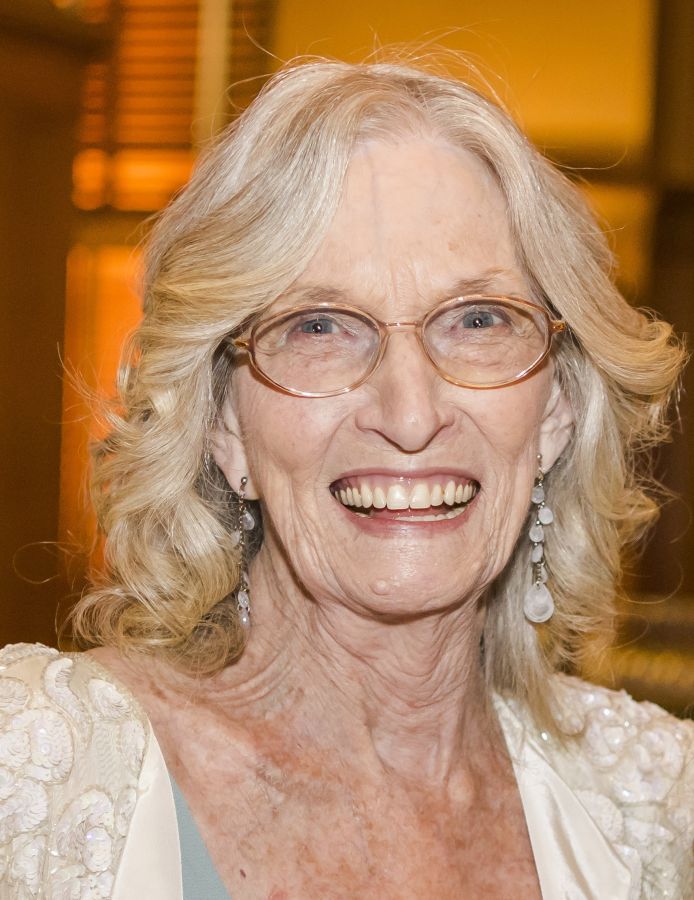 Nancy Harkness, 90, passed away on April 8, 2020 at Farrington Court Retirement Community in Kent, Washington. She had lived at Pantera Lago Estates in Kent for about 25 years before moving to assisted living at Farrington in June of 2019. Nancy's celebration of life will be held at a later date.

Geraldine Nancy Harney was born on November 29, 1929 at the family home of 1358 Pearl St. in Seattle to William Frederick Harney and Ethel Janis Harney (née Weston). She was the youngest of seven children, earning her the family nickname of Babe.

Nancy grew up in Seattle, skipping a grade and graduating from Cleveland High School in 1947 at the age of 17. She then attended the University of Washington for two years before transferring to Central Washington University, where she would meet the love of her life, Vernon John Harkness. They first met at a school dance, where she was intrigued by his love of music.

Following Vern's graduation from CWU with his B.A. in education in 1950, Vern and Nancy were married at Beacon Hill Congregational Church in Seattle on June 16, 1951. To this union were born three children: Jay Kelly Harkness on February 28, 1952, Robyn Lee Harkness on March 13, 1953, and Erin Gae Harkness on August 1, 1956.

In addition to caring for their children, organizing plays for neighborhood kids, and supporting Vern's pursuit of his master's and doctorate degrees by moving the family to Colorado and then back to Washington, Nancy was the manager of a thrift store, overseeing about 100 volunteers on a weekly basis. To raise money for Seattle Children's Hospital, she planned many vintage fashion shows, in which the volunteers, herself, her daughters, and her granddaughter Chelsea modeled the clothes. Nancy was also recruited in 1968 by a modeling agency in Burien, walking in fashion shows for three years. Despite breaking her back when she was 12 years old after a fall down a flight of stairs, one of Nancy's defining qualities was her elegant poise and posture.

Vern, her beloved husband of 38 years, passed away from cancer on July 1, 1989. Nancy would always say that he was number one in her heart forever. Her son Kelly passed on March 22, 2003, surrounded by family and with Nancy at his side. After the loss of Kelly, Nancy had a special bond with her son-in-law Mark Rustad, whose mother was not involved in his life. They supported and treasured each other very much, and to Mark, Nancy was simply "mom". Her son-in-law Mark passed on October 4, 2018.

Nancy loved spending time with family, walking at the mall with friends, solving crossword puzzles, watching sports (especially the Huskies), listening to jazz, playing her Sega Master System II and Game Boy, driving an immaculately maintained silver Nissan 300ZX, going on cruises in the South Pacific, attending and donating to the annual Scleroderma Foundation auction, and partaking in many creative pursuits such as drawing, crafting, poetry, and making cards with pressed flowers. She was admired for her feisty wit, prolific artistry, forthright nature, impeccable fashion sense, volunteering, and steadfast love and support for her family. Nancy had been growing out her hair in recent years in hopes of donating it to cancer patients, cutting it short only after her own diagnosis of colon cancer; to the very last, she embraced the spirit of kindness and giving to others.

"My Auntie Babe was a great music lover. Growing up she sang in church, for weddings, and school. Though I never heard her perform, by all accounts she was quite good. When married she spent many weekend nights attending Uncle Vern's band's performances and enjoying listening to her son, Kelly, play too. Tapping her toe in beat with the music always but more than willing to dance when asked. I am more acquainted with her artistic talents. Babe did not sleep long nightly and much of her waking hours she used to create beautiful pressed flower note cards, book marks and gift bags. Framed flower pictures were donated to auctions and always sold quickly. For years I would sit outside super markets seeking donations for Old Dog Haven and Auntie Babe would supply me with her creative cards and more. I was not allowed to ?sell? anything so for a donation to the charity givers could select a book mark, or a small set of cards or gift bag. On really good outings I could bring in $900- $1,000 in donations. One December event even brought in $1400 in just 6 hours. Year after year there would be repeat donors who would show up and claim ?oh good, you're here. I need 4 sets of cards and 3 book marks for gifts.? One year I collected so much money for Old Dog Haven that I brought in more money than any other individual volunteer. Well, let's be honest. I didn't do anything but sit at a table. It was Auntie Babe's gorgeously designed crafts that benefited old and ailing animals. Auntie Babe: musically inclined, artistic, loving and very generous with her talents. - Genese Harney"