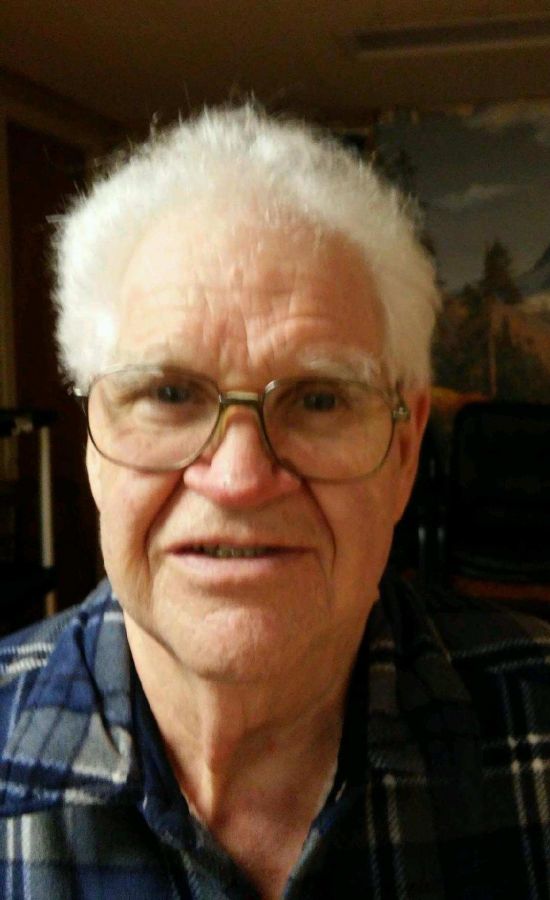 Long time Woodinville resident Darrell (Dodge) G. Gunnells Sr, 79 passed away on April 21, 2020 in Kirkland, WA of congestive heart failure.
Darrell was born in Glen Alum, W VA., on May 26, 1940 to Henry Carl Gunnells and Pearl Scalf Gunnells. In 1942 the family moved to the Woodinville / Bothell area.
As a young child the family bought a farm on the Woodinville Redmond Rd.
In 1963 he moved his family to Cle Elum, WA to work on a dairy farm with his parents.
In 1972 he moved his family back to Woodinville where he spent the rest of his days.
He was a man of many talents from farming, ranching, working as a welder in the shipyards to co-owning a dump truck bed manufacturer OSW until his retirement.
He is survived by his children from his first marriage to Marian Martin Gunnells who proceeded him in death, Becky Gunnells & son in-law Dennis Herberg of Cle Elum, WA, Robin Gunnells of Everett, WA, Darrell Gunnells Jr. & daughter in-law Sheryl Gunnells of Monroe, WA and Rhonda Gunnells of Lk Steven's, WA. and grandchildren Chloe Galloway Trout (Zac) and Casey Galloway. After the death of his first wife he then married Colleen Reece Gunnells who also proceeded him in death after 27 years of marriage. He is survived by his siblings Lucille Bruce of Bothell WA, Gerald Gunnells of Bothell WA, Gail Groom of Everett WA, Loretta Magnuson of Gold Bar WA and Judy McCurry of Auburn WA and many nieces and nephews.
He is now reunited with all his loved ones that preceded him in death, his parents Carl and Pearl Gunnells and sister's Ginny Ridlon Miner, Mary Ridlon and Rita Gregory.
Family and friends spoke of how incredibly special, generous, and big hearted he was.
He will be deeply missed by those that loved him. He loved reminiscing of his life in the valley. Stories that could be told and other that I wish could be told.

''Life asked a lot from you, yet it kept asking for more. Now that I think about it, it shatters me sore. You sacrificed it all just to make me smile. Sorry, I did not realize this, it took me a while. All that you have done will not be a waste. I will not let it go. By being the best, I can be is the only way to show your legacy. It will live on through me from the heavens above. I know you will proudly see." RIP Dad

"You were loved by many , missed so much , i grieve , i also celebrate that you are no longer in pain .you always gave me loving sound advice , i know you are happy , with all your family , all your animals , that greeted you as you entered your Heavenly home . you were an awesome , special person . Ciss "

"Thank you Uncle for always being so cheerful and positive to be around. I can recall you as the Easter bunny and sharing many dinners around my grandparents table. I just thought of you the other day and hoped you were doing well, it seems maybe you came to mind as perhaps a friendly goodbye. I hope that you rest well and know that you brought much happiness to those around you and you are going to be greatly missed. "

"Sad day when I heard it was time for the Lord to receive my brother into His arms. But, I knew that Dodge was going to be in a better place because of his faith in Jesus Christ, he's now has a new body, out of pain and discomfort. He's sitting at Jesus feet with all his loved ones around him that went before him. After he lost Colleen, his wife, he started to spend time with his brother and three of us sisters. What a joy that was having us all together, having lunch, shopping, and just spending time together, time just flew by and it was time to depart. Last year we found that he had cancer of the blood. He went through treatment for the year and just a couple weeks before his death he was told he was in remission. What a praise, we were all so happy, now to work on his heart. Will, that didn't happen. He's going to be missed, he was a man that was in the know on just about anything making him so interesting to converse with. He would give his shirt off his back, ever so helpful. If you asked, he wanted to help with what he could. All of us knew he was there for us. Now, under the circumstances with the Virus it has been difficult to spend time with family other than by phone, so know that I love all of you, Darrell, Becky, Robin and Rhonda, I know I can speak for all the siblings. Love and peace to you all. "Because He (Jesus) lives I can face tomorrow." Until I see you again brother, Gail"

""Dodge" was always a pleasure to be around and obviously a guy of many needed talents. He was never wordy only said what was needed to make his point. We will miss him an awful lot."