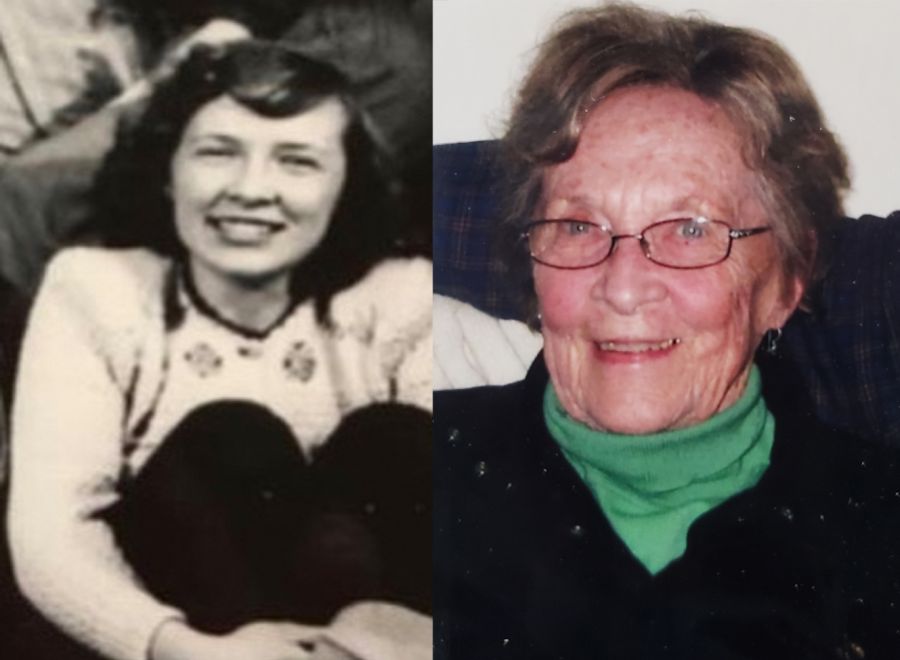 It is with great sadness that the family of Mary Ann (Hillen) Knoedler announces her passing on March 12, 2020, at the age of 98. She died peacefully surrounded by her children. Her children, grandchildren, and great-grandchildren were blessed to have had such a strong and vital mother and grandmother with them for so many years.

Mary Ann was born on June 4, 1921 to Evelyn (Roehl) and Joseph Hillen in Milwaukee, Wisconsin. She was a proud alumna of the 1939 graduating class at Rufus King High School in Milwaukee. After high school, she attended and graduated from St. Mary's Hospital Nursing Program, also in Milwaukee.

At this time she met the love of her life, Dr. William Knoedler, Jr. After World War II, they settled in Bill's hometown of Mosinee, WI, and Mary Ann devoted her life to raising four children and volunteer activities. In 1964, Mary Ann and Bill moved to Kimberly, WI. While there, they became guardians to two foster children. They also purchased a cottage on Kelly Lake, WI where they enjoyed the seasons on the lakefront with family and friends. After Bill's retirement, Mary Ann and Bill joined the "snow bird" community at Jetty East in Destin, Florida. Mary Ann moved to Madison, WI in 2007, two years after Bill's death, where she lived independently through her 98th birthday. Walking was her main form of exercise and kept her pointed forward as she strolled through the days and months of all those years.

Mary Ann had a positive influence on many lives. She always had a smile, a beautiful smile that charmed the people she met. No moss grew under her feet - she had a zest for life, compassion for others, and a core of steel that manifested itself in everything she did and everyone she met. She had an ability to put people at ease in conversation, and a gift for creating that turned her in the directions of quilting, knitting, sewing, cooking/baking, and gardening. She was a great supporter of the underdog and a consummate volunteer. She spent many years as the head of St. Elizabeth's Hospital Craft Room in Appleton, WI, quilting and crafting with "her ladies," creating beautiful works of art for the Gift Shop at St. Elizabeth's. The hospital awarded her for more than 30,000 hours of volunteer service when she retired.

Mary Ann was also a long-suffering supporter of her hometown Milwaukee Braves and Brewers, and she stuck with the Green Bay Packers through thick and thin, though she would get too nervous to attend or even watch the games on television. She would wait impatiently on Sunday afternoons in the autumn for one of her children to phone her with the score of the Packer game.

Mary Ann's "Bill" was the oldest of seven Knoedler siblings hailing from Second Street in Mosinee. The others, George (La Verna), John (Mary Margaret), David, Mary, Margaret, and Nancy (Jack), are deceased. Mary Ann was the last one standing of that generation.

A funeral/celebration of life will be held at Our Lady Queen of Peace, 401 S. Owen Drive, Madison, on June 26, with visitation at 11:00/funeral Mass at noon with a luncheon to follow, health and safety conditions permitting. In lieu of flowers, donations will be given to Agrace, the hospice agency that helped with Mary Ann. Letters and cards remembering Mary Ann are most graciously welcomed. Send to Michael Knoedler, 5324 Weaver Road, Dodgeville, WI 53533 or redmike50@yahoo.com. Informed Choice Funeral & Cremation Alternatives of Madison, WI is assisting the family. www.informedchoicefunerals.com.