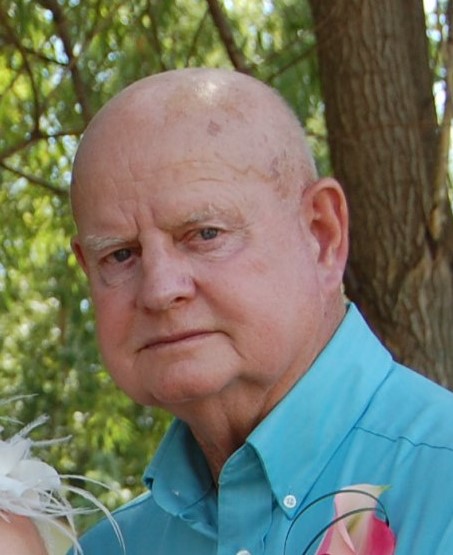 Frank Rose, 82, of Carson, IA passed away on Saturday, May 2, 2020 at Mercy hospital in Council Bluffs, IA. A drive-thru visitation will be held from 4:00 p.m. to 7:00 p.m. on Wednesday, May 6, 2020 at the Loess Hills Funeral Home in Carson. The family will be standing outside the funeral home to greet people as they come by. Guest must stay in their vehicle as we are following COVID-19 state regulations.

Memorials: The family suggests memorials directed to them, instead of flowers.

Frank Kenneth Rose, one of ten children of William Clarence Rose and Goldie Almyra (Miler) Rose, was born on October 17, 1937 in Carson, Iowa. He passed away on May 2, 2020 at Mercy hospital in Council Bluffs, IA. He grew up and attended school in Carson, graduating from Carson Consolidated High School in 1955.
Frank and Dixie Darlene Ayers were married on June 23, 1956 at the United Methodist Church in Carson. Their marriage was blessed with two children, Michael Dennis and RoxAnn Dea.
Frank worked construction on US Highway 92 and worked for Pottawattamie County for almost 40 years. He retired in 1999. He volunteered on the Carson Fire Dept for 20 years and worked on the antique truck with his neighbor & friend, Kenny Love. Frank's family spent many days travelling to water fights and horseshoe tournaments around the state for him to compete. He competed in the wild cow milking contest at the Carson Rodeo. With Dixie working nights, Frank became a dad-taxi to girl scouts and football games for RoxAnn and her friends - they even called him an Honorary Girl Scout. He coached volleyball and enjoyed playing mud volleyball with friends.
Frank taught his grandkids & great-grandkids to mow, to drive golf carts & mopeds, and to golf at the Oakland Course. He enjoyed golfing with the geezers weekly and was a local golf cart repairman. His golf cart was often his supervisor office for family projects and checking on the city hall girls. His family quickly learned that you did not tell him what you wanted to do at your house if you were not ready for it to be completed - he often had it started before you got home from work the next day. Frank and his son, Mike, would start their days with coffee and shop talk before working on projects in the garage or at Mike's shop. Every broken mower met its match when Frank started working on it.
The last few years, Frank could be found listening to the Elephant Shop, watching cowboy shows and Fox News, and watching sporting events for Iowa, ISU, and Creighton. He enjoyed listening to the scanner after leaving the fire department just to know what was going on. The county guys he worked with said there were 3 ways to do things: the county way, the supervisor's way, but Frank's way was the only way. His only vices were playing the lottery weekly and betting on Husker football games with Melissa for steak dinners. Frank enjoyed sharing his stash of orange slice gummies with his great-grandkids and giving them as many dum-dum suckers and lemon drops as they wanted.
Frank was preceded in death by his parents; son, Mike Rose; brothers, Floyd Rose and wife Lela, Ernest Rose and wife Eleanor, Fay Rose and wife Nina, Delbert Rose and wife Beulah, Eugene Rose and wife Larene, and Clarence Rose; sisters, Elizabeth Peterson, Barbara Jacobs, and Laura Rose; brothers-in-law, Avery Ayers and wife Johnnie, Claude Ayers, Ted Ayers, Merle Ayers; sisters-in-law, Pat Ayers, Thelma Strong and husband Lester, Rosalie Jarrett and husband Bill, and Lynna Neighbors and husband James.
Frank's present family includes his wife Dixie Rose of Carson; daughter RoxAnn Nilan and husband Jeffrey of Oakland, IA; four grandchildren, Melissa Rose (Earl Schaffer), Nicole Shady (Travis), Frankie Knudsen (Michael), and Ryan Nilan (Paige); great-grandchildren, Jordan and Cody Schaffer, Hunter and Nevada Shady, Mazie and Amelia Knudsen, Connor, Emmie, Eleanor and Baby Nilan arriving August 2020; sisters-in-law, Sydney Rose of Carson, Norine Fornstrom and Kathy Schroder, both of Omaha, NE, and Gloria South and husband Larry of Council Bluffs, IA; brothers-in-law, Don Ayers of Council Bluffs and Victor Ayers of Carson; many nieces and nephews; other relatives and friends.

"Marlin and I both have so many memories of Frank. The many miles traveled when water fighting he was our biggest cheereleader for Women?s Carson #2. He would walk right beside us and there to pull the hose back. The Carson Antique Firetruck kept running with Frank?s knowledge after a wild weekend at Fireman?s Covention. He was the greatest volleyball coach ever. He could wrap an ankle pretty quickly and get you back in the game. Marlin recalls some great memories at Pott County. When Kris babysat for Shannon, Frank was across the street for the kids to watch him work on things. Those memories are embedded in our hearts. Never saw a guy have such a good time drinking Pepsi. Rest In Peace Frankie. You certainly deserve it. "

"Our Deepest Sympathy To You All Dixie. We have such Great Memories of Frank that we will Cherish Forever.."

"I am so sorry for you loss! My thoughts and prayers are with you all! "

"My condolences to the family. Linda Trede "

"Will forever remember our gatherings at your place and Frank always with a horseshoe in his hand. Sending my deepest sympathy."

"Sorry for your loss. He was a great man. Prayers The family of Clarence Rose"

"So sorry for your loss. Prayers for all of you. Shelly Billbe (Longcor)"