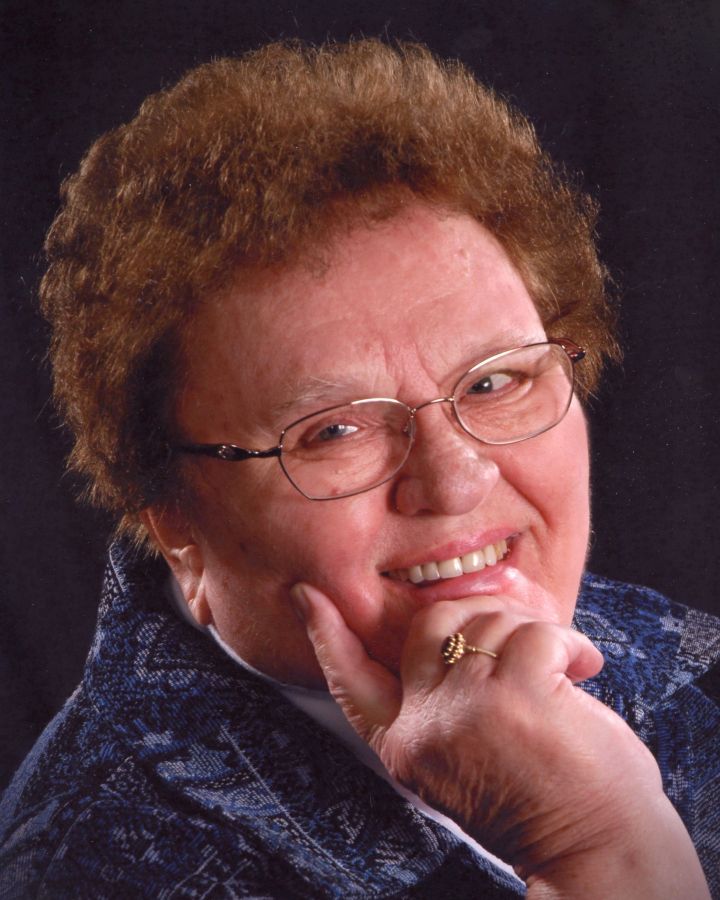 Norma J. Miller, 87, of Hampton, Iowa, passed away Thursday, May 14, 2020, at the Hampton Rehabilitation Center. She was born December 25, 1932, on a farm southwest of Hampton, Iowa, to Christian and Carolina (Johansen) Madsen.

As a young girl, Norma said her ambition was to become a wife, mother, and homemaker. While the death of her mother Carolina interrupted her dream, that goal was aided by the loving guidance of Letha Bohlen, the woman Christian married in 1947. Norma began her education in Otter Creek Country School and graduated from Alexander Consolidated School in 1951. While in high school she was a cheerleader and participated in all the musical groups.

On October 7, 1951, Norma was united in marriage to Dale Mollenbeck of Hampton at the Alexander Reformed Church. Together, they farmed northwest of Hampton and raised four children: Roger, Cindy, Tami, and Todd. After Dale passed in 2001, Norma married Dean Miller May 28, 2005.

After Norma's marriage to Dale, her dream to become a wife, mother and homemaker became a reality. Norma was an active member of the Zion Reformed Church in rural Sheffield, where her servant's heart led her to help with Christmas programs, summer Bible school, the church remodeling, and the fall church bazaar. She also helped on many church committees. Norma also attended First Christian Church of Hampton. Norma enjoyed water aerobics, square dancing, helping at the Floral Hall at the Franklin County Fair, and working in her flower garden. She enjoyed collecting angels and Santas.

Norma spent many hours helping her sisters, Betty and Maydene, wallpaper for local residents and businesses. She was also an active member in Farm Bureau Women, where she held leadership positions and taught Ag in the Classroom at local elementary schools. She enjoyed traveling around the United States and visiting Denmark and Germany. Entertaining in her home, spending time with her family, especially her grandkids, was important to Norma.


Private services will be held with burial in the Zion Reformed Cemetery in rural Sheffield. The Sietsema Vogel Funeral Home of Hampton is assisting Norma's family.

"Peace and comfort to you Cindy and family. I didn't know your mom well but know that I'm thinking about your and your family. "

"Peace and comfort to you Cindy and family. "

"Norma had a beautiful voice and knew many, many songs by heart. Her bright smile always made my day. She will be missed. Fly with the angels, Norma. "

"What a nice, fun mom Norma was! When Cindy and I put a 4-H demonstration together (how to make a tossed salad), both our moms "helped" us. Neither knew anything about 4-H demos ... so it was quite the experience. I'll never forget the hilarity. Rest in peace, Norma."

"Rest in peace my sweet lady."