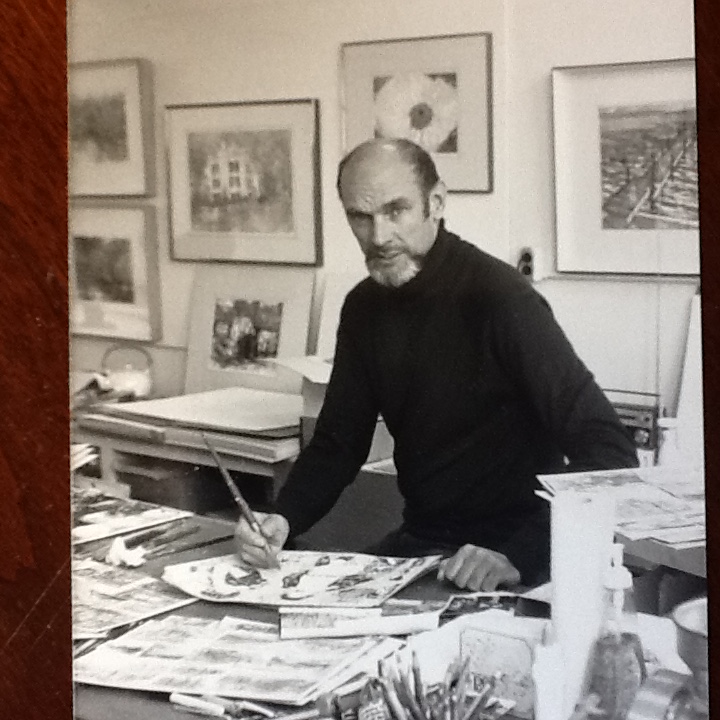 Madison
Boyce Frederick Totz of Middleton, WI, age 91, passed away on April 27, 2020. He was born on May 23, 1928, in Elgin, IL. He worked most of his life as an artist, living in a variety of places as far flung as France and Mexico, Texas and Massachusetts, Illinois and Wisconsin. But, the bulk of his life was spent in the Madison area where he actively engaged in the community and befriended many people.

Boyce had worked a variety of "day jobs" as he pursued his craft. He drove school buses, worked as a sailor in the Merchant Marine and on a tugboat, and was the first yoga teacher in Madison. He taught art to old and young alike. And he especially enjoyed the honest and curious antics of young children, who he taught while volunteering at Head Start.

One of his finest works is a house in Fitchburg, WI, that he designed, built and, for a time, lived in. Built in modern style that borrowed from Frank Lloyd Wright, it still sits proudly overlooking the countryside.

A memorial ceremony and reception will be held in his honor at a later date to celebrate his life and work.

Memorials and cards for the family may be sent to Informed Choice, 3325 East Washington Avenue, Madison 53704

"I just learned of the death of Boyce Totz (11/16/2020). When I was a young boy, Mr. Totz lived in an apartment next door to my family's house in Rockford, Ill. One day he caught me staring at one of his drawings through the apartment window, and he asked me if I'd like a drawing. Within a couple days he had drawn Abraham Lincoln's portrait for me, and I have treasured it for the last 63 years. It was the first piece of original art that I owned. I will always remember his kindness and attention to me, as a little boy. Steve Cowan, Mountain View, CA"

"I was saddened to hear of Boyce's passing. I met him at a social event in the 80's and we remained friends over the years. I assisted him at a couple of the Art Fair's on the Square with memories of the heat in July and also the excitement of the people walking by. I also have some of his prints on my living room wall as we speak. I cannot remember where the home that he designed is located. I would love to drive by it. He was a kind and wonderful person and my condolences go to anyone who knew him. "

"I was with Boyce in the Villa, when my husband was found dead. And Boyce died one day short of exactly 3 years after my husband did. I've been to Boyce's self designed home, and have one of his lovely pictures hanging on my wall. Fond memories."

"Boyce was a regular attender to Madison Religious Society of Friends (Quaker) service for many years. He led art-based lessons for our children and youth for some of those years. He was a light spirited person I never saw without a smile at the ready and enthusiasm for life and for the world. Though it has been some years since he took part in worship, I have thought of him often and will continue to honor him with these and other fond memories. Dave Minden"

"I am sorry to learn of Boyce's passing, but it eventually comes to us all. I first met Boyce in 1965. The Madison Art Fair on the Square was my very first art fair. Boyce's display of watercolors was on one side of my booth, (now) world famous ceramist Don Reitz, was on the other side, and watercolorist, Charles Haycock was directly across. Boyce and Don were very kind and sociable, while Charles was loudly condemning my crude ceramics and the fact that I was selling while he was not. I swore I would never do another art fair, but fate had a different plan for me, and I continued to do so for 50 years. During that time, I saw Boyce regularly at the fairs, primarily as a spectator but, once in a while, as an exhibitor. He was a mutual friend of batik artist, Susan Lobe, and it was through him that I met Marianne Hobbins. In addition to being a talented artist, he was a wonderful person."