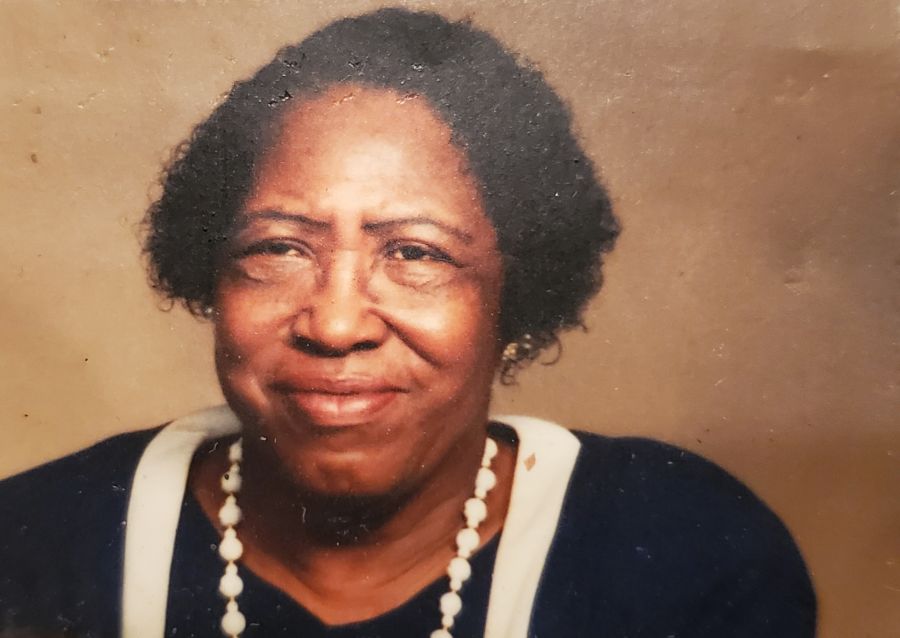 Mrs. Pauline McFarland was born July 4th, 1922 to the late Leah (Edmonds) Brown and Frank Wells in Lucy Tennessee. Pauline was the proud mother of six daughters three that preceded her in death, Katie Mae Beasley, Jackie M. Williams and Betty Jean Pryor, and three that are still living, Gloria Brown, AlNita McGee, and Marcella (Vernell) Benning. She also had one son George Henry Beasley that preceded her in death.

Mrs. Pauline McFarland spent her early public education in Lucy Tennessee public gaining skills in the field of home health care. She spent over 50 years nursing, cleaning, and caring for those that could not care for themselves. Mrs. Pauline was often affectionately called by some "Mama Pauline", as she was just like a mother to them. She spent most of her life giving her life to make sure others were better. Ms. Pauline was also known for feeding anyone that she knew needed food!

Mrs. Pauline was also an Evangelist! She was always willing to share the gospel with anyone that would give her just a few minutes of their time. She was an avid minister of the gospel and spent many years teaching the principles of God to all that would allow her.

Pauline was most recently married to the late Mr. Eddie McFarland who preceded her in death.

At an early age Pauline professed her faith in Jesus Christ. She was involved in numerous activities in her youth at church but her favorite grew to be ushering and nursing. She was a very active member as a child as well as a young adult.

After spending most of her life in Chicago, she moved to Indianapolis Indiana. After years of serving in many churches, she decided her final church home would be Sunrise Missionary Baptist Church under the late Rev. James C. Johnson, where she continued serving her Lord and Savior. Pauline lived to serve God's people and His kingdom. Her passion and determination to serve was unbelievable.

Pauline McFarland is survived by her loving and devoted daughters, Gloria Brown, AlNita McGee, and Marcella (Vernell) Benning. She was the proud grandmother of 14 grandchildren, 25 great-grandchildren, and 7 great-great-grandchildren. She also leaves behind a host of nieces, nephews, cousins and special friends to carry on her legacy.