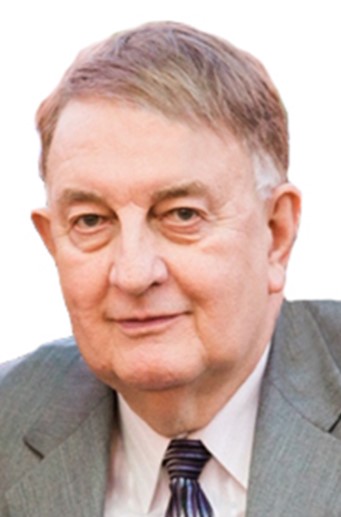 Vince graduated from Bellevue Central High School in 1962 and received a basketball scholarship to play for Coach Gordon Fosness and the Tigers of Dakota Wesleyan University. He graduated in 1967 with a Bachelor of Arts in History/Political Science and proceeded to earn a Masters of Education from South Dakota State University in 1971.

Vince began his career as a teacher and counselor at Mitchell Senior High School in Mitchell, South Dakota and in 1972 went on to become Director at Redfield State Hospital and School in Redfield, South Dakota. His experiences within the institution ultimately shaped his philosophy towards bettering the lives of the intellectually and developmentally disabled and he became a tireless advocate devoted to that cause.

In the mid 1970's, Vince moved to Nebraska where he worked in an administrative role supporting the intellectually and developmentally disabled living within twenty-two counties across northeast Nebraska. As an Executive Director, this role provided him the pathway to carry out his mission of depopulating institutions and integrating the disabled into community- based living. It was here where he met his wife Donna, also an administrator in the field, and the two of them united to carry out his cause.

Vince and Donna moved to Arizona in late 1976. He began as a consultant with the Arizona Department of Economic Security and was an integral part of the initial development of community-based services in the State of Arizona. In 1979, with the help of his wife, they established the Arizona Training & Evaluation Center, Inc. (AZTEC), which was developed to help and support people with a long history of institutionalization within various Arizona state institutions. Over his 40 years as Executive Director, AZTEC has and will continue to be an agency striving to protect the rights of the intellectually and developmentally disabled and bettering their lives. His work will be carried out by his son, wife and longtime management team.

His passion was teaching, and for over 20 years he was a faculty member of the Psychology Department at Glendale Community College (GCC). Vince also enjoyed continuing his own education, and in 1999 received his Master of Arts in Organizational Development from the Fielding Graduate University. The culmination of his educational accomplishments came in 2006 when he received his Ph.D. in Human and Organizational Systems from the Fielding Graduate University.

Vince maintained his love of basketball throughout his life as he coached dozens of young men and women, including his son. He found joy in watching his son play basketball at Northwestern University and always had an affinity for his hometown Ohio State Buckeyes.

Vince was a husband, father, grandfather, educator, avid reader and lover of all pets, especially his dog Zach. He was a devoted man of faith which gave him comfort and strength his entire life and shaped him into the generous and giving man that he was.

It was always said that Vince gave much to basketball and it gave much to him, yet he will forever be remembered for giving his life to a cause that gave so much to others.

He is survived by his wife of over 40 years, Donna Ohling; his son Vincent Ohling-Scott and daughter-in-law Ashley; two granddaughters, Murphy and Gwendolyn; sisters Patt Scott, Teresa (Scott) McKinstray and Margaret (Scott) Axe.

Due to the ongoing COVID-19 pandemic, a Memorial Service will be held at a later date. Expressions of sympathy and condolences may be shared at vincescottmemorial@aztec1.net for the Scott family.

Memorial donations may be made at https://www.aztec1.org