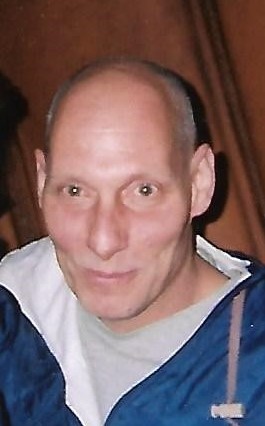 Kevin was an avid sports fan and was always eager to talk about his favorite teams including the Wisconsin Badgers, Chicago Cubs, Milwaukee Brewers (if they weren't playing the Cubs), and the Green Bay Packers. He attended many Badger men's basketball games with his sister Carol and kept the ticket from every game he ever attended. He would often call his sister or friends after a game to discuss the big plays. Kevin had a passion for sports and played softball for many years.

Kevin also enjoyed spending time with family, especially his nephew and nieces whenever possible. Kevin was a trivia buff and had a knack for statistics and numbers. He always made a point of calling his friends and family on their birthday.

Kevin's preferred mode of transportation was his bike. Kevin was known to ride his bike across the city frequently and rode from Madison to Wisconsin Dells on more than one occasion.

He is survived by his sisters Carol Brinkmeier and Kathy (Jim) Flaherty, his nephew Karl (Abby) Brinkmeier, and his nieces Erin (Justin) Ream and their children Maggie, Kellen, and Nolan; Meghan Flaherty; Brenna (Trey) Clark and their daughters Madeline and Evelyn; and Mary Kate Flaherty and her sons Alan and Will, as well as seven Rowley cousins: Jeff, Carla, Mary, Jerry, Bob, Anne, and Peg. Kevin was preceded in death by his parents, his brother-in-law Donald C. Brinkmeier, his cousin Tom Rowley, his girlfriend Laurie Seslar, and his beloved dog Corky.

A private family burial was held. A celebration life of is planned for a later date. In lieu of flowers, memorials may be made to the Dane County Humane Society or the Catholic Multicultural Center.

"So sorry to hear of Kevin?s passing. He was always a kind, gentle soul . Blessings to all. Lori Bell Miron"

"Carol & Kathy, I am so sorry for your loss and the loss for your extended family that Kevin seemed to enjoy so much. Despite our 8 year age difference our paths crossed a few times after leaving the neighborhood. Kevin always initiated the ?hello?. I remember him as a nice guy and a gentle soul. My sincere condolences. Kevin J. Kennedy - the kid around the corner on Karen Court."