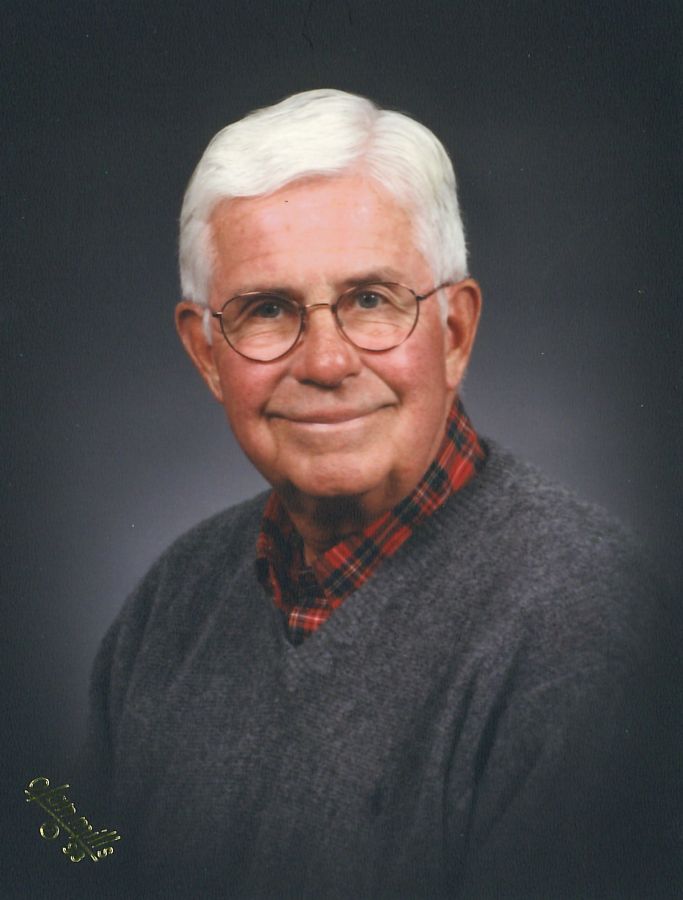 The eldest of four children and namesake of the original founder of the Dean Clinic (Grandfather, Dr. Joseph Dean), Joe was born on July 18, 1929, the same year the clinic was founded. He graduated from Wisconsin High, lettering in football and basketball. He graduated from the University of Wisconsin with a degree in economics. During his stint at the UW, Joe was a member of the Psi Upsilon Fraternity, serving as President.
Joe was an avid Badger and Packer fan to the very end who felt that Madison was the absolute best place to live. He had many wonderful memories of his adventures growing up.

Joe was an Intelligence Specialist during the Korean Conflict, serving three years with the U. S. Army. Joe married his beloved wife of 69 years, Marian Murphy, on June 13, 1951.

Joe worked for Kimberly Clark which led the family to California for a number of years. Once children arrived, they returned to Wisconsin to raise their children and to continue his sales work with Parker Dean Office Supply Company which later became Wisconsin Office Interiors.

After retiring, Joe and Marian enjoyed 20 more years of wintering in Palm Desert, Ca where they made lasting friends at Ironwood Golf Club. They enjoyed returning to summers in Madison where they were longtime members of Nakoma Country Club, with Joe serving on the board and as president. Passionate about golf, Joe was chairperson (1976-1993) of the Wisconsin Walter Hagen Golf Tournaments, raising thousands of dollars for cancer. Joe and Marian are members of St. Thomas Aquinas Catholic Church.

The family would like to thank their wonderful friends for their unwavering support, both before and during Joe's illness; the compassionate care-givers at St. Mary's Hospital and the VA CLC Hospice Center; and Dr. Conrad Andringa for his enduring support.

A private family service will be held. Memorials may be made to the St. Mary's Hospital Foundation-Madison, 700 S. Park St., Madison, WI 53715.

Joe was an upbeat man who will be remembered for these words, "I have had the best life!"

"May you never forget what is worth remembering or remember what is best forgotten." ~ Irish Blessing