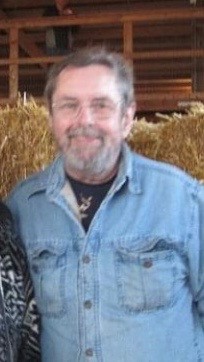 Terry was born in Seattle to Peter and Hilda (Johnson) Dunn on November 4th, 1947. He went to school at Blessed Sacrament, St. Catherine's, and later attended Seattle Public Schools. He enjoyed large family gatherings at Christmas and road trips to South Dakota to see family while growing up. He was employed by the Seattle Post Office for over 30 years. Terry had many classic cars and motorcycles. He loved getting on his motorcycle and heading over to Eastern Washington, up the North Cascades, or going to Mount Rainier. Terry married Sylvia in June of 1984, followed by births of daughters Terra and Lisa. Terry was excited about being a Dad and loved his daughters. He enjoyed getting out and going on roadtrips down the Oregon Coast, Reno, Vegas, Arizona, and California. Terry loved doing crossword puzzles, reading, and watching Jeopardy. Terry enjoyed getting together with his brother Tom, who was also his best friend. Terry loved and was proud of his 3 grandchildren--Ryan, Jayden, and Mira. They were the joy of his life. Terry passed away on May 20th of 2020. Terry leaves behind wife Sylvia; daughters Terra and Lisa; grandsons Ryan and Jayden, granddaughter Mira; sisters Peggy and Joan, brother Gene (who preceded him in death), and brother Tom; many nieces and nephews, and friends; and beloved cat, Chaya. Terry will be missed by all.