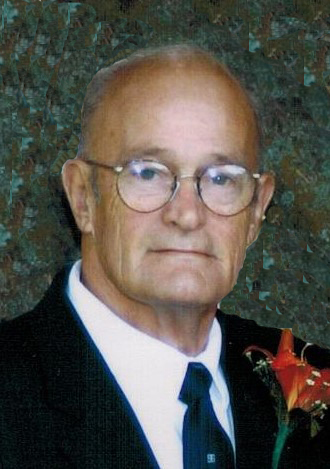 SIGOURNEY-Richard V. "Dick" de Regnier, age 87, of Sigourney, died Wednesday, June 24, 2020, at the Keokuk County Health Center in Sigourney.
Dick was born March 26, 1933, in Calicoon, New York, to Gaston and Vergel (McCauley) de Regnier. He graduated from high school in Los Angeles, California, served in the U.S. Navy and then graduated from Drake University. On June 4, 1955, he married Beverly Sloan at Westminster Presbyterian Church in Des Moines. The couple lived in Des Moines and Spencer before moving to Sigourney in 1969, where Dick owned and operated Dick de Regnier Insurance Agency. He retired in 1988. Dick was a member of the Sigourney United Methodist Church, SADC board from 1971 until 2003, the Masonic Lodge for over 50 years, Keokuk County State Bank board from 1987 until 2018, the Indian Hills Community College Foundation and was a Boy Scout leader in his younger years. He enjoyed his family, playing piano, writing poetry, golfing, tinkering, remodeling, roses, birds, Appalachian mission trips with the church youth groups and spending time at their lake house.
Survivors include his wife: Bev of Sigourney; three children: Dr. Kevin (Rae) de Regnier of Winterset, Pamela (Ken) McLaughlin of Sigourney and Doug (Alisca) de Regnier of North English; 11 grandchildren; eight great grandchildren and brother: Don de Regnier of California. He was preceded in death by his parents; son: Brian de Regnier; grandson: Timothy McLaughlin; sister: Jeane Pender and brothers: David and Henry de Regnier.

Funeral service will be held at 10:30 a.m. on Monday, June 29, 2020, at Sigourney United Methodist Church, with Pastor Vince Homan officiating. It will also be livestreamed on the Powell Funeral Home Facebook page. Burial with military rites will be at St. Mary's Cemetery in Sigourney. Visitation will be from 3:00 p.m. until 5:00 p.m. on Sunday, June 28, 2020, at the church, where there will be a Masonic Service at 5:15 p.m. Social distancing and mask usage are strongly encouraged.

A memorial fund has been established which will be donated to local community organizations. Memorials may be made to the Dick de Regnier Memorial Fund and mailed to P.O. Box 293, Sigourney, IA 52591. Powell Funeral Home and Cremation Service in Sigourney is caring for Dick and his family. Tributes may be made at www.powellfuneralhomes.com.

"My Brother-In-Law Dick was always the brother I never had. He was my mentor. He taught me that it is ok to share your faith in Jesus in public. Dick truly was a man of God and was not afraid to explain how that had helped him to anyone who would listen. There is no doubt in my mind as to where Dick is right now. A phrase that was used in my father?s funeral has stuck with me over the years and certainly applies to Dick as well. Mathew 25:23 says ?Well done my good and faithful servant, come and share your Master?s happiness?. May you Rest In Peace Dick, you certainly deserve your salvation. Jim Sloan. "

"Bev, Doug, and family - Jaime and I express our sympathies to you in the passing of Dick. He was indeed a man of great knowledge and a love for the Lord that would not be contained. Jaime enjoyed working with him immensely in the house yard. Jaime profited more from the dialog with Dick than the work at hand. Dick touched the lives of many generations with his story of faith and the harvest will continue long after the seeds of faith were sowed. Doug shared many memories with me of working with but also having fun with his dad. Dick surely is a man who has left behind a legacy. May God be an ever present source of comfort, peace, and joy during this difficult time. Pastor Shannon and Jaime Pascual "

"My deepest condolences for your loss. I never got to meet Dick but I have followed the family news by Christmas cards and Facebook ."