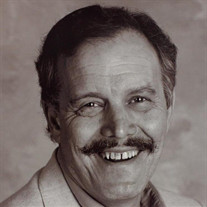 Anthony L. (Tony) DiBiasio of Portsmouth, RI, and former "Spy in the Sky" radio and TV traffic and weather reporter, passed away on December 11, 2015 at Rhode Island Hospital. He was the husband of Nancy (Nashka) DiBiasio and the father of Daniel Tony DiBiasio Sr., father-in-law of Josephine DiBiasio, grandfather of Daniel Tony DiBiasio, Jr., Anthony Charles DiBiasio, and uncle to twenty-one nieces and nephews. He was the brother of Ernest DiBiasio, Pauline Forlingieri, Hilda Sabatino, Anita Annette DiBiasio, and Eileen Lee Wilburn.Born May 31, 1937 in Providence, R.I., he was a graduate of Brown University and was an Air Force and Marine Corps veteran. He was a commercial pilot and flight instructor whose flying career began with his first solo flight on St. Patrick's Day 1960. He accumulated more than 13,000 hours of flight time in military and civilian aircraft of many types. He really liked being a pilot and was pretty darn good at ita"most of the time. At other times he was just very lucky. He said that he was fortunate in his life to have done most all the things he had wanted to do. During his lifetime of work until the late-nineties, when he retired, he worked successfully at varied careersa"many simultaneously. They included: Chartered Life Underwriter (CLU) Insurance; Cranston City Councilman; owner and chief pilot of the Spy In The Sky Aviation Company and of the Airborne Traffic Watch Company and trafficspy.com; pilot/traffic reporter for several radio and TV stations in three states; freelance writer/photographer with more than 200 articles published in local and national publications; restaurant critic for the Ocean State Business Magazine; radio talk show host on WHJJ and WPRO; weather reporter on WPRI TV12, WLNE TV6 and for WJAR TV 10, adjunct faculty at CCRI, Warwick. He was a past member of Big Brothers of Rhode Island, The National Broadcast Pilots Association, the Aircraft Owners and Pilots Association (AOPA), the Providence Art Club, the Chaine des Rotisseurs, and several softball, golf and tennis leagues in RI and AZ. He was a Red Sox sufferer since 1947 and proud of it."I have spent a lifetime making up my mind to be more than the measure of what I thought others could see, It's taking me so long and now that I know I believe all that I do or say is all I ever will be too far and too high and too deep ain't to much to be" (From an old Billy Joe Shaver CW song)Funeral Services will be private.

"Tony was a wonderful friend. There was no one like him. My heart goes out to Nancy.Jincy KornhauserEscondido, CA 92025"

"I had the good fortune to serve with Tony on the Golf Committee here in Sun City West, AZ for 3 years. During this time, Tony decided and proposed that we establish a Golf Day for beginners and for those returning to the game after a lengthy absence. There was not exactly overwhelming support for the idea. So, on his own, Tony contacted on of our Golf Courses to see if they would be interested in supporting such a group on Saturday's. They thought it was worth trying so the "Green Team" was born and Tony asked me for help and support which I gladly did where I could exert some influence. I believe the first year of the outings produced some 50 to 75 members. The group now consists of upwards to 250 - 300 members and it is still growing. Of course, there is now overwhelming support for the program. Tony persisted in the establishment of the "Green Team" as it is now known and his vision was prophetic. His passing is a loss to our community here in Sun City West as it is to me personally. He was truly one of the "good guys and could always be counted on to help and lead in the right direction.Howard Allnutt22619 N. Las Vegas Dr.Sun City West, AZ 85375"

"Nancy and family, We have fond memories of golfing with Tony and Nancy when they first started theGreen Team at Stardust golf course in Sun City West. Cheri would not be golfingtoday without you two starting the Green Team Social Golfing. We can remembera Green Teamer complaining about slow play. Tony's response was to tell the individual that maybe he wasn't cut out for the Green Team. Tony worked hard to put the program together and overcome the many obstacles. Many thanks. We are sending our thoughts and prayers to you Nancy and your family.Larry and Cheryl Crane"

"Tony was one of my oldest and best friends, especially when we were younger and even more foolish. We were drawn to each other, I think, as are the poles of a magnet -- the uptight Yankee and the uninhibited Italian American. I grew older. In many delightful ways, he did not.My favorite memories are of the spontaneous moments:One day, As I was walking into work at the Providence Journal, three separate colleagues said, "Call Tony DiBiasio." Puzzled, I asked why. Turns out they had been listening to Tony's "Spy in the Sky" traffic broadcast, during which he complained that I hadn't returned his call. "If anyone sees Doug Riggs, tell him to call me," he demanded.So I did. "Let's have lunch on Block Island," he said. I protested. Too much work. He persisted. So of course I found myself at the airport that noon, climbing into his plane, and off we took.We were over the mouth of the bay when Tony said something was wrong. We had lost all electric power, including the radio. We'd better go back, he said reluctantly. He turned on some sort of emergency beacon to inform the control tower that we were coming in and everyone else better get out of the way. We landed without incident, I drove back to the office, and ate the lunch I had packed that morning.That afternoon Tony called to tell me he had run the plane up and down the tarmac for about 10 minutes, when the carburetor failed. "Good thing we turned around," he said dryly.Then there was the time, many years later, when I was part of the Journal's team covering the America's Cup race in Fremantle, Australia, 12 time zones away, and Tony had his afternoon radio talk show. My wife Mary -- whom Tony had dubbed an honorary Italian because of her equally warm and spontaneous nature -- was with me, and it was she who answered the phone when it rang at 4 a.m. our time."Mary, don't swear," he warned, "you're on the air.""Humooopth," she replied, or words to that effect.Tony asked her to hand me the phone so I could give his listeners a first-hand report on the races. To this day I have no idea what I said.I treasure, and will forever miss, his ability to upset the even tenor of my ways.Doug Riggs"

"Tony left a legacy to all in many ways. He & Nancy were a joy to be around. First meeting them at their new "golf with no tears" organization in Arizona was a present to all who participated. You, Tony, hold a special place in the hearts of many. Penny McCauley"

"I am deeply sorry to hear that my friend Tony has passed. The first day I met Tony was at a greenteam first swing, 2009. I just knew he was a good person and someone I would like very much If it were not for Tony, I would not be playing golf and could have saved myself thousands of dollars and many tears of frustration, but I love it and so glad he was part of my life. Ailing before he left SCW to go home, he could still play a very good round of golf. Nancy as well. We all missed them both when they left and I really missed Nancy's great cookies she brought out as we golfed past their home. Thank you Tony and Nancy for some really good memories. God be with you both.Dick Potts"

"Have only recently gotten to know Tony as a fellow volunteer at Sachuest Point. Was shocked to find out about his sudden passing. Please accept my sincere condolences. It was an honor to know Tony and to have selflessly served with him as a volunteer."

"Sending our thoughts and prayers to all of Tony's family. ~The staff at Anthony's Seafood~"

"Tony was the best neighbor one could have! How we suffered through the Red Sox season together, battled the snow and ice last winter, watched the ongoing estate building across the way, ( how he hated the beeping trucks!) Tony had a great sense of humor and I looked forward to his Letters to the Editor and frequent emails. I feel like I have lost a family member almost, as well as a good friend and neighbor.. My heart goes out to Nancy and their wonderful family.Ann Clark"

"Dear Daniel, Josephine, Danny and Anthony,I am so sad to hear of the loss of your Dad. We are all thinking of you at this difficult time.Tony will be missed by many and certainly remembered for his delightful personality.Love and Prayers,Louise"

"Words can't describe the heartache we feel on the loss of Tony. He was more than just our neighbor. When he would drive by our home he would toot the horn and we would say, there's Tony.. When I was recuperating from a major illness he would put my newspaper in between the door so I wouldn't have to go to the mailbox. My doorbell rang one evening and my son said there was a package for me. I went to the door and there stood my daughter Karen from Missouri coming home to care for me. Unknown to us Tony arranged to pick her up at the airport to surprise me. His visits to see me in the nursing home with Nancy always were so welcomed. We don't consider Nancy and Tony as friends, they are familyEsther and George."

"I was saddened by the recent sudden passing of Mr. DiBiasio. I haven't worked at the Middletown Public Library for long but always looked forward to his "sunny" disposition.I was always amazed at the variety in the topic of the books he requested and often spoke to him about his choices and valued any recommendations. It was so sweet how the two of you would come with separate bags & library cards (his was usually full to the brim) upon leaving.May your memories comfort you and your family in your loss.. With sympathy and wishes for peace through the trying times.Mrs. Loraine Winthrop (Circulation Assistant)."

"I will never forget his broadcasting from "The Spy in the Sky" the day of the Outlet Fire. He just happened to be overhead at the time smoke was coming from the roof. He had a wonderful personality and there was no one like him. My sincere sympathy to his family."

"Tony and Nancy have been frequent and very welcome patrons to the Middletown Library for many years. I will miss his warm smile and witty manner and the way he playfully teased, but doted on Nancy! Fly high Tony :) My deepest condolences to Nancy and family.Pam Flint"

"I will miss tony so much. He was my favorite neighbor I ever had. He was the best cat sitter in the world. He was the only neighbor niknak liked. He would always go see Tony when he was out on his leash. Sending healing and comfort angels to his wonderful wife and his family RIP my friend"