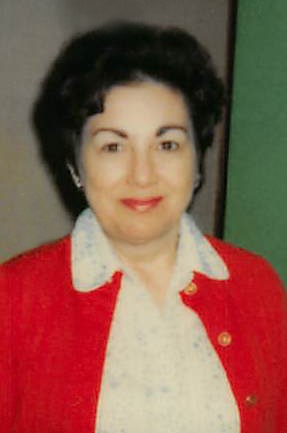 Dorothy Lee Benge, 96, of Hampton, Iowa, passed away Friday, July 3, 2020, at the Rehabilitation Center of Hampton. She was born on March 15, 1924, in Des Moines, Iowa, to Theo "Ted" and Ardia Leona (Sample) Dare. Dorothy graduated from East High School in Des Moines.

Dorothy was united in marriage to Donald Benge on October 7, 1943, in Des Moines. They eventually moved to Hampton, where they lived for many years. Dorothy and Donald moved to Clear Lake and lived on the lake for a number of years. After Donald's death, she moved back to Hampton.

Throughout her life, Dorothy worked at Damon's Department Store in Mason City as well as at Becky's Antique Store in Clear Lake.

She enjoyed watching boats go by on the lake, shopping, singing and spending time with her family.

She is survived by her daughter Barb (Robert Abbas) Benge of Hampton, son-in-law Doug Jensen of Britt, and great-granddaughters Maria (Mitchell) Wagoner and Cecila Abbas.

She was preceded in death by her grandparents, parents, husband Donald, and daughter Becky Jensen.

"She was such a nice woman. Would deliver her clean clothes to her room she would be listening to music on her radio. Going to miss her "