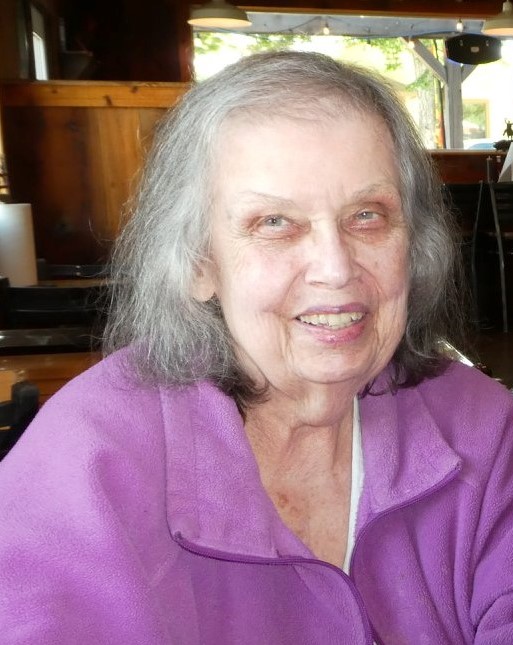 Patricia James Schlienz was born in Washington, D.C., on Sept. 29, 1930. Her birth name was Betty Patricia James, but from her earliest days, she was always known as Patricia or Pat. Heavily influenced by her maternal grandmother, whom she called "Nonna" and whom she loved very much, Pat was deeply religious and very involved in Baptist church activities throughout her childhood, adolescence and young adulthood. An early memory, which she treasured to the very end of her life, was when she sang the hymn, "There's a Song in the Air," solo at a church Christmas program at the age of six.

She had a studious, serious personality and also possessed an artistic talent that she may have inherited from her maternal grandfather, a professional artist whom she called "Pop Pop" and absolutely adored. Indeed, her first memory was of sitting on Pop Pop's lap as he drew a bird for her.

When she was 12, she moved with her family to Takoma Park, Md. Then, when she was 14, her father, who worked for Western Electric, which manufactured the equipment used by the Bell telephone system, was transferred to the company's New York headquarters. She then moved with her family to Essex Fells, N.J., where she spent her high school years. She attended Grover Cleveland High School, in Caldwell, N.J., where she was known for always carrying a Bible and stated, in her senior yearbook, that her career goal was to become an "evangelistic chalk artist," combining her religious faith with her artistic abilities.

Following her graduation from high school, in 1948, she moved with her family to Decatur, Ga., when Western transferred her father to its Atlanta branch office. During this period, she attended the Atlanta College of Art, but left after a year to attend the Philadelphia School of the Bible along with her younger sister Joanne.

At first, things went well for her in Philadelphia. In addition to her classwork, she enjoyed leading a Bible club for children in a poor South Philadelphia neighborhood. Things turned sour, however, when she refused to go into this dangerous area without a male escort. When called before a dean, he told her that God would protect her and that they should pray about it. Religious as she was, she also had a very strong quotient of common sense and told the dean that "I don't need to pray about anything. God gave me a brain, and my brain tells my I'm in great danger." The result of her defiance was her expulsion from the school, but she never regretted her decision.

After leaving Philadelphia, in 1950, she lived briefly in Neptune Beach, Fla., with her parents before Western transferred her father once again - this time to Dallas, Texas. At first, the family lived in University Park and later in a house near Dallas' White Rock Lake.

In the meantime, in 1954, Pat met Raymond Schlienz, a young Western Electric engineer from Brooklyn, N.Y., who was on a business trip in Dallas. They would marry in 1955 and remained married for 64 years until Ray's death. Following their marriage, they settled in Brooklyn, where Pat worked at a day care center. Later she worked as a registrar at New York University.

She was accepted into the graduate program in education at Columbia University's Barnard College, but put her educational ambitions on hold when she discovered she was pregnant in 1957. Shortly after that, she and Ray bought their first house, in Queens, and they welcomed their first son, Paul, into the world in 1958. Seven years later, in 1965, they would also be blessed with a second son, Mark, in 1965.

In 1963, Ray was hired by Boeing to work on the U.S. manned space program. Pat and Paul moved with him to New Orleans, where the Apollo rocket booster was being assembled. Later, in 1967, Pat and the boys moved to Florida when Boeing transferred Ray to the Kennedy Space Center, where the family witnessed all of the Apollo launches, including the first manned flight to the Moon in 1969.

In 1973, Pat, Paul and Mark followed Ray to the Seattle area, where he would spend the rest of his career with Boeing. Pat remained primarily a homemaker although, during the 1980s, she took courses in social work at the University of Washington and worked in the legal department at Seattle's Rainier Bank.

During her later years, Pat became involved with community activism, along with Ray, in Kirkland, Wash., where she lived from 1973 to 2018. She was also a nature lover who turned much of her property into a bird sanctuary, and found great pleasure in feeding the jays, the crows and other creatures who gathered near her house, including the squirrels, whom she called "my little ones."

Pat kept close track of current events and, during her later years, could be fairly described as a political junkie. She traveled widely - in the U.S., Canada, Mexico, U.K., Belgium, Netherlands and Germany - and her favorite vacation spot was Gearhart, on the Oregon Coast, which she visited numerous times.

Pat finally died, at age 89, on March 10, 2020, at the Redmond Heights Senior Living Center's memory care unit, after a long decline in health. She was predeceased by her parents, William Mitchell James and Elizabeth Farrell James; her husband, Raymond Herrmann Schlienz; and her sister, Joanne Claire Smith. She is survived by her sons, Paul and Mark; her niece, Valier Barricklow; and her nephew, Scott Smith.

Funeral arrangements are pending and will be announced.

"Paul & Mark - our deepest sympathy. Loosing your mom is always so hard but especially now since the virus is preventing memorials and other remembrances. We know that you miss her but she had such a interesting life. Paul's obit does a great job of sharing it with others. Patty, Don & Mark Conrard"