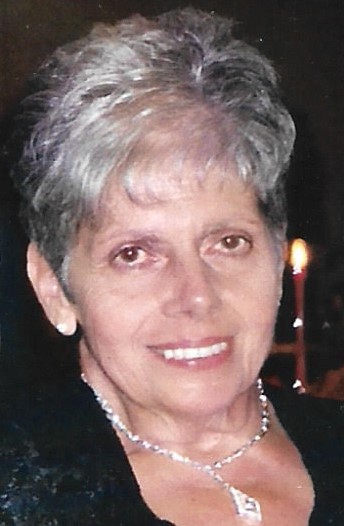 Julie was born to Edward B. Maff, Sr. and Rhea Angela Beecher Maff in 1944 in Harrisburg. She graduated from Bishop McDevitt High School in 1962, where she met and began dating Denny in her junior year. She earned her bachelor's degree in education from Millersville University in 1966 and worked at times throughout her life as a teacher and a teacher's aide in Souderton and Hatboro-Horsham School District.

In July 1966, she married Denny at St. Patrick's Cathedral in Harrisburg. Then, together, they raised three children, Dennis, Jr., Angela, and James in Hatboro, Pennsylvania. One of her greatest joys over the last 17 years was spending time with her grandchildren, James, Grant, and Cole Vinson and Thomas and Samuel Puerzer. She was incredibly proud of them.

Julie was an avid news reader and believed strongly in the power of education. Though at times soft-spoken, Julie consistently provided clear, well-reasoned opinions and guidance to those around her. She was known for her unflappable strength, determined persistence, quiet dignity, quick wit, and loving kindness. She listened with complete focus, asked attentive questions, and remembered small details. She was always - until the very end - thinking of others.

When she was not leading by example in her every day actions, she enjoyed spending time at the beach in Stone Harbor, New Jersey, camping in Pennsylvania state parks, and providing hospitality, including throwing birthday and holiday celebrations. ("We need a cake," was one of Julie's most commonly uttered phrases.)

Julie was preceded in death by her father, Edward, and her mother, Rhea. She is survived by her husband, Denny, her children, Dennis Vinson, and wife Elizabeth of Princeton, New Jersey, Angela Puerzer and husband Thomas of Ambler, James Vinson and wife Cailin of Philadelphia and her grandchildren. Her siblings, Madeline Burridge, Angela Lawson, and Edward Maff, her cousins, which include Suzi Marsico of Harrisburg, and many nephews, nieces, and great nephews and nieces, who she loved dearly, survive her, as well.

Given current circumstances, a small private funeral service for immediate family will be held. A larger celebration of life gathering will be scheduled in the future, complete with a well-vetted theme, color-coordinated invitations and decorations, games and projects with mandatory participation, prosecco, lots of Italian food, and family and friends in attendance. Julie would not have it any other way.

Julie was concerned with all people having enough to eat. In lieu of flowers, and in Julie's memory, the family requests that donations be made to Philabundance, 3616 S. Galloway Street, Philadelphia, Pennsylvania 19148 or at https://www.philabundance.org/donate/.

"Sending my love and condolences to the family. Julie was such a great assistant in my classroom. I?m so sorry we lost touch. I thought of her often when I would drive past the house. ((Hugs)) to all! Joanne Hurst Frye "

"Angie ~ I am so sorry to hear of the passing of your Mother. I know that she was an amazing woman from the many stories we shared with each other on our lunchtime walks. Prayers for you and your family during this difficult season. Love to you all. Carolyn B."