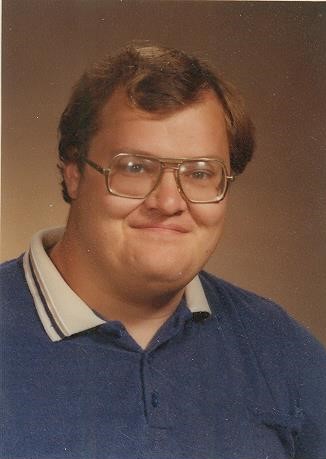 Mark Allen Mullins was born on September 29, 1957 in Syracuse, Nebraska, the son of Jerry and Evelyn (Reschke) Mullins. He graduated from high school in Valparaiso, Nebraska in 1975. He attended Peru State College where he received his bachelor's degree. Mark worked as a mechanic at Roger's Auto in Council Bluffs, Iowa.

Mark and Robin Renee Fritz were united in marriage on December 17, 1977 in Peru, Nebraska. They have lived in Malvern, Iowa since 1982. Their marriage was blessed with a son Sean and a daughter Jennie.

Mark loved fishing, working on a Model T, and was always tinkering. He was known as grandpa or uncle to many. Mark never knew a stranger and was a good friend to all.

Mark was preceded in death by his parents; and grandparents.

"Mark was like an uncle to me and I'll never forget our fishing trips to Minnesota - among the happiest memories from my childhood. Mark was such a delightful person and I know how much he will be missed by his family and friends. Much love Mullins family, Emily (Droll) Scott"

"You are one of a kind. We are the lucky ones. We love you beyond words. Rest now. "

"My sympathies to the family. I knew Mark from working at Rogers Auto. Was a great guy and would do anything he could to help a person. So sorry to hear."