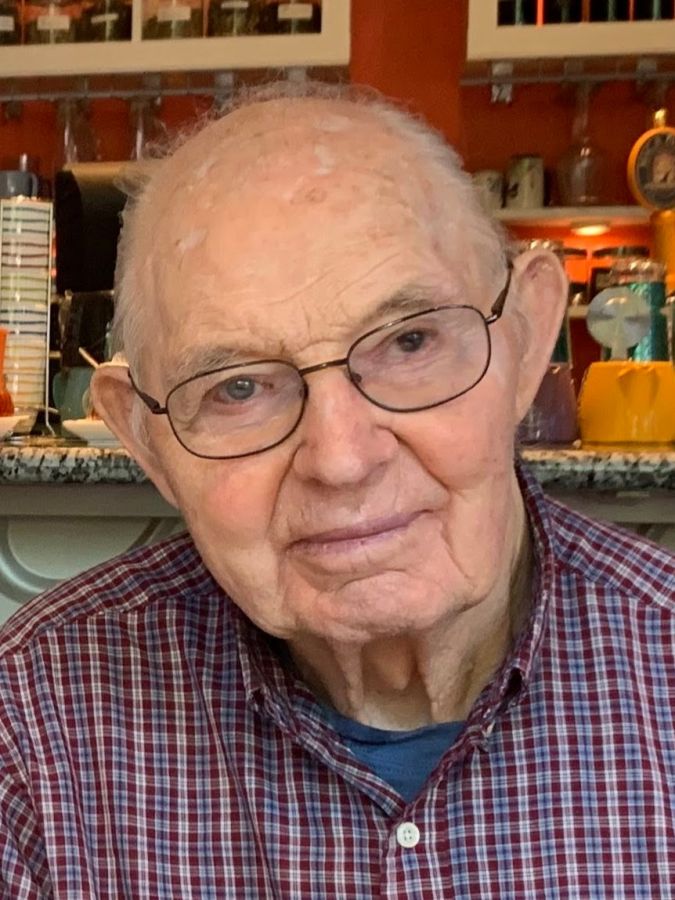 Horst Gollnick, 90, died of natural causes in the early morning on July 9, 2020, in Redmond, Washington. He is survived by his wife of 60 years, Dr. Lea Gollnick; his four children and their spouses, Krista (Russell Waid), Susan, Jeffrey (Angela Naegele), and Serena; three grandchildren; and a great-grandson, with another on the way.

Horst was an original thinker who valued routine and solitude. He was a devoted husband who supported his wife through many illnesses, a steadfast father who shuttled his kids everywhere in their childhood and gave them sage advice as adults, a generous grandfather who rewarded good grades, and a loyal friend to his cronies. Above all, his sharp sense of humor defined him to the end.

Horst was born in 1930 to Gerhard and Hilde in Fiddichow, Germany (now Poland), along with an older brother and younger sister. His English, which he learned from US soldiers stationed in Germany, was flawless. He settled in the Seattle area in 1955, having been sponsored to come to the States by a US army buddy. He left behind a legacy of growing up in the midst of World War II, which included surviving bombings in Königsberg (now Kaliningrad), fleeing his beloved ancestral home on the Oder River on the Russian Front, living as an orphan and as a refugee, and seeing his family divided both during and after the war.

He married Lea, a medical student, in 1960, and became a fixture of the Russian community in Seattle through his marriage to her. After serving in the US Army Reserve, he became a teacher. He studied at Heidelberg University in Germany and, after earning a bachelor's (1965) and a master's (1967) in German from the University of Washington, he spent his entire career at Mercer Island High School, where he taught German, Spanish, and history and also established the soccer program, a sport he loved to play and watch.

Horst was an exceptional athlete whose passion for soccer was matched only by his love of snow skiing, a sport he learned at 30 and retired at 80. The Gollnick family was raised on the waterfront, on the ski slopes, on the tennis courts, and in a car, traveling.

Horst and Lea were a tireless team. They traveled the world over, the four kids in tow, with Lea navigating and Horst expertly driving, a highlight being a road trip through the Soviet bloc in the summer of 1976. They were also the original fixer uppers back in the 1970s. They bought, renovated, and sold dozens of properties, with left-handed Horst doing most of the fixing up.

Horst enjoyed over 30 years of retirement, summering in greater Seattle and wintering in Southern California. While he stayed very physically active in retirement, he also appreciated just being outside, whether watching the wildlife on Lake Sammamish or reading the paper in the early morning Palm Springs sun.

He is dearly loved by his family and friends and will be greatly missed.

We regret that we will not be able to gather to honor him with a celebration of life due to the coronavirus pandemic.