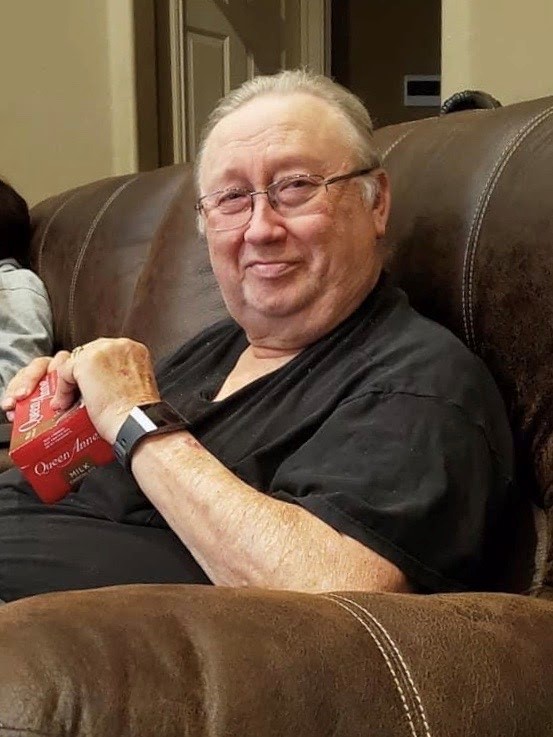 Born June 13, 1943 in Ogden Utah to Albert Lujan and Vera Carpio, Robert Albert Davis was adopted and raised by James and Carrie Davis. He married Judith Kay McKasson in 1964 and they are the parents of James Jordan II, Thomas Sydney (Carissa Davis) and Carrie Alice (Jeremy Pryor). Affectionately known to many as 'Grandad", Robert leaves behind several brothers and sisters, 10 grandchildren and two great-grandchildren, with one more expected in November.

Robert grew up in Wyoming and attended Western Wyoming Community College (WWCC). Following in his father, James' footsteps, he joined the Union Pacific Railroad and quickly worked his way from telegrapher to train dispatcher. In the mid-70s he was promoted to Assistant Director in Operation Control at Omaha Headquarters. He then went to Portland Oregon (Albina) as Chief Dispatcher to help prepare the move of that office to the New Omaha Harriman Dispatch Center. In that position he was often referred to as Super Chief Dispatcher. He returned to Omaha as Director in Train Management and was later promoted to Director of Bulk Operations, where he worked until the time of his retirement at age 57. "Bob was liked and respected by everyone he worked with", His friend Rex Burgholm said, "I never heard a bad word said about Bob. He was a good railroader and a fine gentleman."

He retired early to care for his beloved wife Judy, staying by her bedside night and day until she died at the age of 60, and then continued to care for the rest of his family. He loved the railroad but did not hesitate to prioritize his family when the time came. He was a quiet, loving and caring man who was slow to judge and quick to love, making him often sought out by friends and family when they had a problem to talk through. He loved music, playing the saxophone and clarinet in his youth and will be forever remembered by his family when hearing Elvis, Johnny Cash and other 'Honky-Tonk' music as he called it.

The last 12 years of his life were spent living with his daughter Carrie and son-in-law Jeremy and their six children. His 'get well' gifts when they were sick, specially written songs on their birthdays, playing chauffeur, and genuine love that emanated from him will be profoundly missed. Robert believed strongly that families are eternal and spent thousands of hours on family history and temple work, serving in the Winter Quarters, Oklahoma City and Houston temples.

Robert devoted his life to serving the Lord and we have no doubt he has simply 'gone home' to continue that work on the other side of the veil.

"Brother Davis has joined his beloved wife and companion, and they will always be looking at their family, concerned parents with arms reaching out to each of you with love and comfort and hope. May the Lord's numberless blessings be with you to comfort and to lead at this difficult time of transition and forever as your lives unfold. I pray that you will all find strength and confidence and you will find love and comfort in your shared grief and from the light flowing from Bro and Sis Davis. M K Hinman"

"His extended family in California sends their sincere condolences. "

"Bob is one of the greatest, most humble and hardworking servants of the Lord I have ever met. His influence stays with me and with many others who served with him."

"My heartfelt sympathy and prayers to the family, Draw close to God and he will draw close to you in these difficult times. James 4:8"