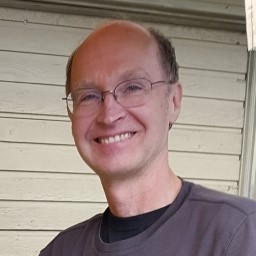 After a fierce, courageous battle with amyotrophic lateral sclerosis (ALS), sometimes referred to as Lou Gehrig's disease, Jesse passed away peacefully at the Evergreen Hospice Care Center in Kirkland surrounded by his loving family and friends. Jesse was born in Eugene, Oregon and raised in Sweet Home/Lebanon. He went on to earn a B.S. at Oregon State University in General Sciences. After a stint at Morse Brothers doing quality control for the Newport bridge on HWY101, Jesse secured a position in Product Support as a trainer at Microsoft in 1989 where he made many lifelong friends. He later worked as a Technical Account Manager & finished his career as a Software Program Manager. He then left to run his own business returning to his love of autos.
The second of two children of Sandra Coalman and the late Jesse James Holling Sr., Jesse was the beloved husband of Kathryn for almost 28 years. Jesse will forever be remembered by his loving son Casey James & his sister Heidi Holling-Sato, along with countless other friends and family whom were blessed to know him.
Jesse loved working and racing classic MOPARs, tending his orchard, listening to classic rock music, joking with the family and researching his latest interest until he was an expert; whether that be Atari 520 computers, Megasquirt electronic fuel injection, audio/video, pocketwatch repair, homebrew biodiesel, Solar Panel certification, Battery technologies, earning a Data Science degree, baking prize winning tortes, learning Forest Management & water conservation/reclamation, tending Pacific NW compatible varieties of apples, pears, peaches, hazelnuts and almonds.
Jesse touched the lives of many people with his twinkling eyes, contagious smile and generosity. He enthused those around him with a desire to participate in his latest interest. A Celebration of Life event will be organized at a later date.
The family requests all donations be sent to organizations at the forefront of ALS research in hopes of finding a cure or treatment for future generations: ALS Therapy Development Institute (TDI) https://www.als.net/ or the Healy Center at Massachusetts General Hospital https://www.massgeneral.org/neurology/als/about/